In a surprise move, North Carolina rockers 21st Century Goliath have changed their name to Pröwess.

The unveiling of the new band name came when 21st Century Goliath were playing a gig at Amos’ Southend in Charlotte, North Carolina, USA on March 4, 2016. Pröwess already have their own website up and the group’s members are none other than the last 21st Century Goliath line-up consisting of guitarist Scott Roby, new singer Dalton Bowes, drummer Adam Ellis, guitarist Kip Wilson and bassist Kenny Keeler. 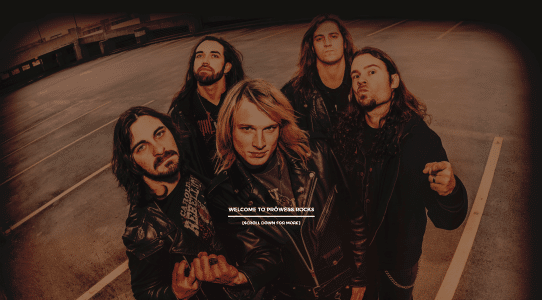 Pröwess have a new song entitled “No Survivors” available for streaming on the band’s new website and Reverbnation page. The song was produced by Jamie King (Between The Buried and Me, He Is Legend) and recorded at Dead Peasant Studio with Brandon Hamby serving as sound engineer. Pröwess have also announced that they will be supporting Ace Frehley during his tour stop on April 7, 2016 at the Carrington Pavillion in Danville, Virginia, USA!

In what turned out to be a surprise move back in early November 2015, 21st Century Goliath parted ways with their frontman Tony Leone who had sung on both of the band’s albums, Radio Destroyer (2012) and Back With A Vengeance (2014), and led the group while leader, founder and guitarist Scott Roby spent more than a year in jail. Roby explained how the split occurred in an interview with Sleaze Roxx on November 9, 2015: “Things just came to a head on the road. On the last night of the tour, we were a late 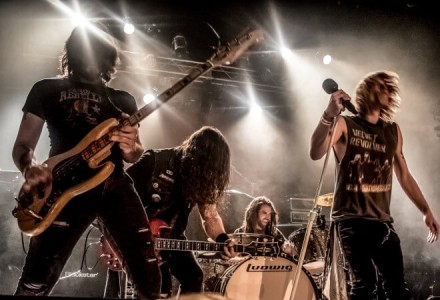 addition to a show with another out of town band on a weeknight, and the crowd was sparse as is to be expected. Tony was disgruntled and hurried through the set. He sang the last song with his back to the crowd and cut our set short, mainly because he didn’t want to be there. He basically demanded to the band that we cut straight to our closer without any discussion. He sang it with about as little gusto as I had ever witnessed. I was utterly embarrassed by his actions, and expressed my displeasure after the show. That’s not how we operate. Our motto is “10 or 10,000” meaning we give it hell whether we’re in front of ten people or ten thousand, and our fans know that and respect that about us, but he had forgotten that. When I voiced my displeasure outside of the venue over his actions, he reacted with indifference and defiance to what had occurred, and that sent me over the edge. I lashed out and we had a scuffle, and at the end of it, he was fired. No punches were thrown, but it was clear that the relationship was broken. He may have a different opinion as to why it is that things went sour, but to me, our relationship was fractured because he gave up on us. Our band and our fans deserve better.”

Leone has kept publicly silent on his version of how his time with 21st Century Goliath ended but his silence is about to end as Sleaze Roxx will be publishing an exclusive interview with Leone in the coming week.