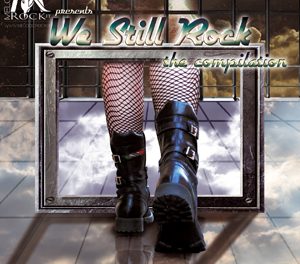 Hardline keyboardist and renowned producer Alessandro Del Vecchio has released a lyric video for his song “Strange World” which is one of twelve tracks on the Tanzan Music released We Still Rock – The Compilation. 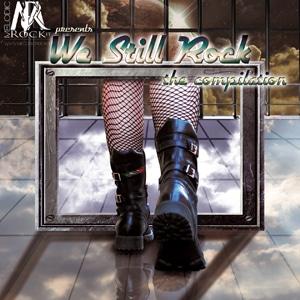 “This song is included in “We Still Rock – The Compilation“, which features the best bands of Italian Melodic Rock scene plus a very special guest, the acclaimed British rockers Vega.

Tanzan Music, in collaboration with Melodicrock.it, is proud to announce the release of “We Still Rock – The Compilation“.

Less than one year from the release in digital format via Tanzan Music of the I.F.O.R. project with the single “We Still Rock”, the italian melodic rock and AOR scene comes back with a great compilation of unreleased tracks finally available in cd format, a true and unquestionable collectors’ item for all the fans of today’s melodic rock sound with roots in the classic style of the golden era of the genre.

“We Still Rock – The Compilation” is a collection of unreleased and re-visited tunes coming from some of the most renowned artists of the italian melodic rock scene, conceived by an idea of the No. 1 website for this kind of music in Italy (Melodicrock.it), and born in support of “A Melodic Rock Night”, the cool mini-festival scheduled in Padova on October 1, 2016 at the Grindhouse Club.

Very special guests for the compilation the acclaimed british based melodic rockers Vega, real headliners of this one-off italian show from their “Who We Are” European Tour 2016.”