Bang Tango documentary creator Drew Fortier, who also later became a guitarist in the band, has just released less than two hours ago his documentary Attack Of Life: The Bang Tango Movie for free viewing by anyone. 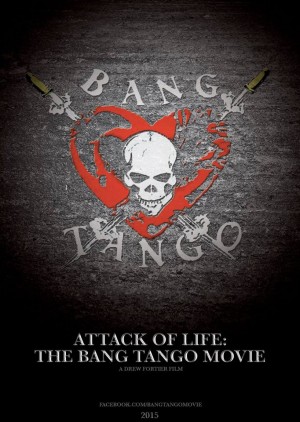 “4 long soul crushing years went into making this documentary. It was 100% a work of passion straight from the heart. I am finally at peace with knowing that the film is finished, and probably will never get an official release. So rather than let it collect dust and wait for all the movie business hoop jumping to be cleared up, I have decided to give it to all of you. I know some of you have been waiting a long time.

Since finishing the film I have become a member of Bang Tango. I couldn’t think of any better bookend to this whole experience.

By the way UMG gave me permission to have it on YouTube, so until I’m told to take it down, it shall remain up.

Also huge thanks to everyone who did interviews and appeared in this film, as well as a huge thank you to Dee Snider for doing the opening narration.

Also the biggest thank you to Anu Gunn for making this whole thing possible. 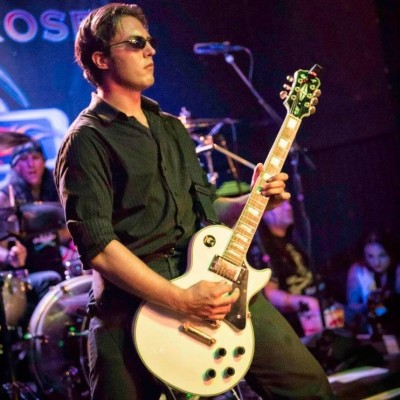 Speaking exclusively with Sleaze Roxx, Fortier expanded on his reasons why the documentary will not get an official release: “The main obstacles with the film’s release were trying to track down everybody I needed to so that I could “sync” all the rights to the film. After being passed along endlessly from person to person, I was told it would cost an enormous amount of money to be able to clear the songs once they were finally tracked down. So instead of trying to find an investor or anything like that, I decided that sometimes you just can’t put a price on art, and I am just happy knowing that it is finished, and that people can finally enjoy it. It has been a long time coming.”

With respect to whether he has any regrets and whether he would be in Bang Tango if it wasn’t for his documentary, Fortier candidly advised: “I wholeheartedly agree that I wouldn’t be in the band if it weren’t for the movie. I became really close with all them guys over the years. Everything just seemed to line up perfectly to me joining them. It’s been an absolute honor being able to perform with them. As for all the time and money put into the movie, I wouldn’t change a thing. I feel that this is something that everybody deserves to enjoy, not even Bang Tango fans either, not even just music fans, but anybody who enjoys a very unique and great story. This whole journey was absolutely worth the heartaches, the mental breakdowns, and temporary loss of sanity! There is a lot of me in the movie as well. It’s finally time for everyone to be able to view my pain [laughs].”

Fortier granted Sleaze Roxx the opportunity to see the documentary a number of months ago and Sleaze Roxx stated the following in its review of it: “There are a lot of cool parts to the Attack Of Life: The Bang Tango Movie but I don’t want to give them away so I will let you discover them for yourself if and when the film ever makes the light of day and gets a proper release. There is no question that Bang Tango fans will most likely lap up this documentary and any fans of the sleaze rock or late ’80s/early ’90s hair metal genre will likely enjoy the film as well.”

You can find out more about the Attack Of Life: The Bang Tango Movie by reading the interview that Sleaze Roxx did with Fortier back in September 2015.