Bobby Blotzer’s version of Ratt looking for offers to play 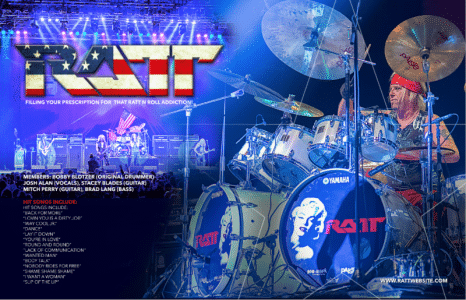 The band’s catalogue of hits is described as follows:
Round and Round
Wanted Man
Way Cool Jr.
Lay it Down
Back For More
Dance
Lovin You is a Dirty Job
You’re in Love
Slip of the Lip
Shame, Shame, Shame
Lack of Communication
Body Talk

The current tour dates for Blotzer‘s version of Ratt via Pollstar are as follows: 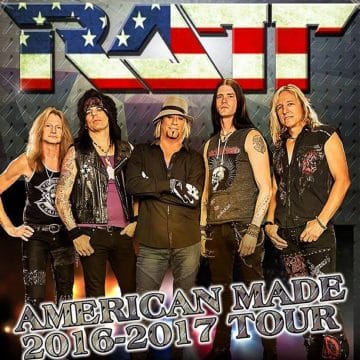 Sleaze Roxx stated the following in its review of a recent Ratt (Bobby Blotzer‘s version) concert: “It was Ratt‘s — Bobby Blotzer‘s band really — turn to take the stage. Now at the request of someone who is close to the band and works with them a lot in LA, I was asked to give the new version of Ratt a chance… so I did… Now to interject a back story here — I’ve met Bobby before and have worked with [guitarist] Mitch Perry a few times back during his stint with Asia featuring John Payne, so I knew what to expect from them but the others I had never seen. With the exception of the aforementioned Blotzer and Perry who didn’t disappoint, I didn’t think the band was good at all! Bobby thanked the crowd of about 3,500 for allowing him to do his version of Ratt proclaiming that this is the “new Ratt forever.”

All the songs that Stephen Pearcy and the boys made famous were here in tonight’s performance, however it seemed like a mature night at a battle of the bands event. There was no real organization to the band. The music wasn’t charged with energy enough to take me back to the days I first heard Out Of The Cellar. In their defense, I must point out that this line-up has only been together for a few weeks according to facebook and other media sources. So give them some time, they may grow on us. My opinion is jaded having seen the original line-up as well as the line-up including the version with Robbie Crane.”