Bret Michaels’ backing band form This, That, And The Other to play acoustic rock cover songs 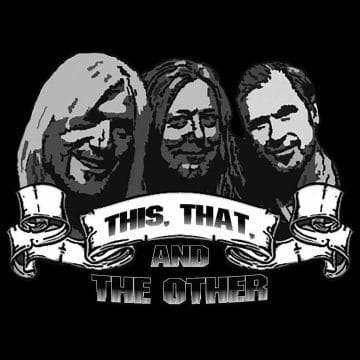 Poison frontman Bret Michaels‘ solo backing band consisting of guitarist Pete Evick, bassist Eric Brittingham (Cinderella) and drummer Mike Bailey have formed a new band titled This, That, And The Other, which is a three piece acoustic rock cover band.

This, That, And The Other describe themselves as follows on their Facebook page:

The acoustic band’s “Story” on its Facebook page states in part:

“… Happy New Year to everyone, as always we appreciate the FOLLOW! We have several dates in February in Virginia, Florida, and across the water on the Monsters of Rock 2018 Cruise!
More images, and show dates will be added soon. In the mean time, please share with friends, and hope you can make it out to a TTTO show soon!…”