Danger Danger and The Defiants bassist Bruno Ravel was recently interviewed by Rob Loiacano for the Facebook group All Music/All Bands. 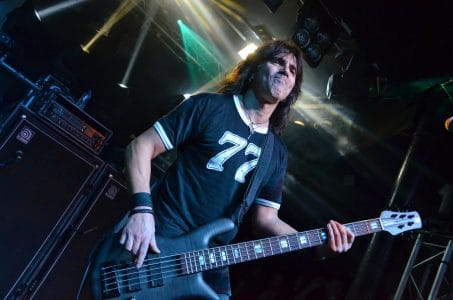 Ravel was asked whether there will be another Danger Danger CD to which he replied: “I doubt it. Too many hurdles to overcome.”

Although the unit of Poley, Ravel, Marcello and West have not recorded together as Danger Danger in more than a decade, Ravel and Marcello joined forces with former Danger Danger lead vocalist Paul Laine to form The Defiants whose self-titled debut album finished at #2 on the Sleaze Roxx Readers’ Top 20 Albums of 2016.

Back in September of this year, The Defiants released their sophomore album Zokusho, which featured Ravel, Marcello and Laine along with West as the “special guest” drummer.

You can read the rest of the interview with Bruno Ravel at All Music/All Bands‘ Facebook page.