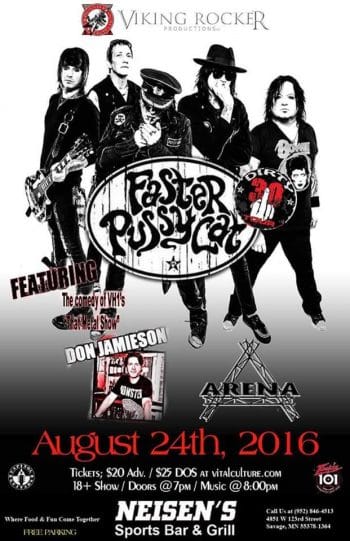 This review will be a first for Metal Headz Media; as a stand-up comic was the supporting act.  One of the kings of sleaze from the ’80s, Faster Pussycat have Don Jamieson opening up the show for them. Jamieson went into detail on how much the Faster Pussycat band members love to drink and that his liver is shriveling up with this tour. More to come about his act later in this review. This concert was promoted by Viking Rocker Productions Inc. whose next show will be non-other than the voice of White Lion — Mike Tramp — at Neisen’s on September 21st.

Things got started with a local band from Minneapolis called Arena. When we arrived at the Neisen’s Sports Bar in Savage, Minnesota, Arena were already on stage kicking ass. From what I saw and heard, they did play a lot of songs from their debut album that was released just a few months ago and one cover song, “Personal Jesus” by Depeche Mode. The band was sounding great, but the sexy lead vocalist, Linda Bullock, was having issues with her mic cutting out while she was singing and talking with the crowd. Lead guitarist, Tim Kletti, was ripping through some fast solos and heavy riffs during their performance. Drummer, Billy Wesp, was pounding his drums with authority and also show boating a bit by doing some tricks with his drum sticks. Bassist, Tedd Bullock, was keeping the rhythm in line while helping with background vocals. Linda Bullock also took the time to thank all the local radio stations and even a radio station in London for playing their songs on the airwaves.

From Vince Neil‘s crowd karaoke show to Rob Halford having a bigger dick than Tommy Lee, no one is safe from Don Jamieson‘s politically incorrect humor. Even the evening headliners, Faster Pussycat were on the chopping block. His “Metal Music” reference comedy had the crowd laughing, cringing, and oohing along with the occasional, “did he just say what I think he 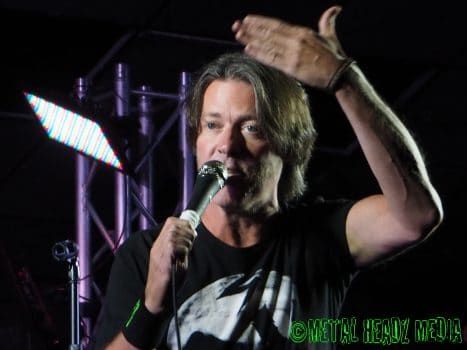 The only disappointing thing about his set, is that it felt it was very short. I want to say he was on stage for only 30 mins. The crowd was enjoying his act so much, that I am sure I am not the only one who wishes he was on stage longer. I will make sure to check him out next time he is in town on his own, so I can hear his whole act. I could never encapsulate his full comedy routine in a short review of his stand up set without doing his actual material justice. So do yourself a favor and pick up one of his comedy CDs or DVDs today. 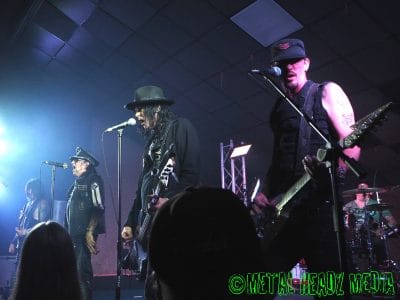 Now that the crowd was rolling with laughter, it was time for them to rock! Faster Pussycat came out, minus singer Taime Downe, and started to play “Pussy Is A Powerful Thing.” Once the song was over, Downe came out on stage and went right into “Where There’s Is A Whip, There’s a Way.”  This got the crowd of about 300 to go crazy!  The band was sounding like a well-oiled machine, but Downe’s voice has changed since the group’s first three albums. Earlier in the night, Jamieson joked about how Downe is the only vocalist that smokes while he sings — all through the show! I thought he was only kidding, but he was not. Downe was chain smoking the entire night, and that is why his voice does not sound the same anymore. He had a special stance that he did throughout the night while holding a cigarette, like it was a trophy he was showing off. Since Minnesota has a smoking ban for indoor venues, I am sure he was showing off to see if anyone would do anything about it. No one did, so I am curious to know if he gets a fine after the show for smoking indoors? 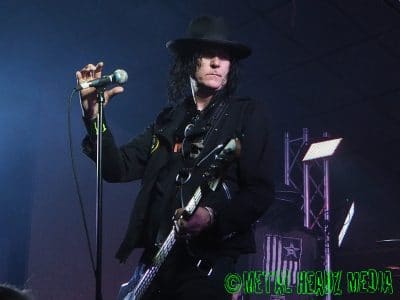 Even though Downe couldn’t hit those high notes anymore, he still had the sleazy gritty vocals that we are used too. The proof was there during “Don’t Change That Song,” “Cathouse,” and “Slip of the Tongue.”  The crowd was enjoying all those classic hits, but Faster Pussycat wanted to fill their set list with songs from their last studio release The Power And The Glory Hole. They played “Number 1 With A Bullet” and the title track. This did cause them to lose a little thunder from the crowd, but they won them over again with the big hit “House Of Pain.” Downe brought out a large cross that had lights on it and set it on its side. He then proceeded to sit on it and tell the crowd that he wants to make a bike out of that someday. Next up is one of my favorite songs of theirs — “Nonstop To Nowhere.” This was performed very well and I really enjoyed hearing this song live.

Carly Simon’s cover of “You’re So Vain” went over really well as I saw most of the crowd singing along. The crowd didn’t stop with that song, as “Bathroom Wall” was next and that was probably the crowd’s favorite of the night. Before the song ended, they went right into three cover tunes: “Chinese Rocks” by The Heartbreakers which was sung by bassist Danny Nordahl and guitarist Xristian Simon, “Pretty Fucked Up” by Supersuckers and this was sung by Nordahl as well, and the last cover was “Shut Up And Fuck” by Betty Blowtorch for which Downe did come back out to sing. Faster Pussycat also completed “Bathroom Wall.”  The last song of the night was “Babylon” and in the middle of the song, Downe went on to introduce his band: Chad Stewart on drums, Ace Von Johnson on guitar, Nordahl on bass and Simon on guitar. Downe has had Stewart, Nordahl and Simon since 2001 and Von Johnson joined the band in 2010. This is a tight knit band that played all the classics 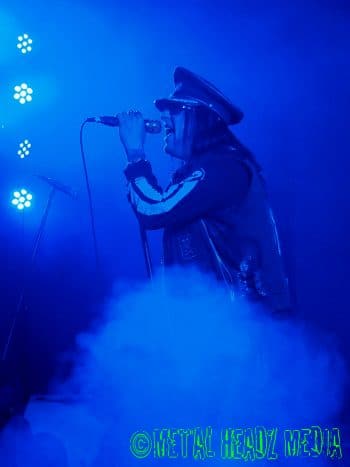 If you are looking for a great night of comedy and sleaze roxx (pun intended), then this is a tour you cannot miss!