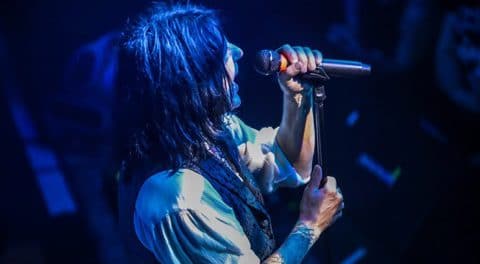 L.A. GUNS BLOW THE ROOF OFF THE BOSSANOVA BALLROOM 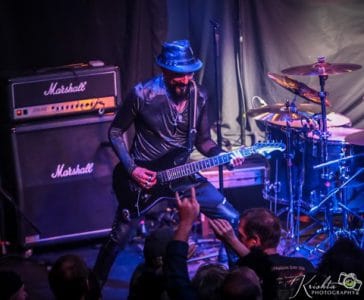 I had been anxiously awaiting seeing Rough Cutt since guitarist Chris Hager told Sleaze Roxx that they were working on an offer to play in Portland, Oregon. Things opened up when Junkyard dropped off the bill supporting L.A. Guns when they were unable to secure additional Northwest dates. Enter Rough Cutt who have a tie to the Portland area with newly recruited bassist Jeff Buehner being a staple of the Portland area music scene.

The current line-up is comprised of guitarist Chris Hager and drummer Dave Alford who are the remaining members from the classic line-up, and they’ve brought in former Sarge vocalist Steven St. James, recruited Buehner and recently added Darren Householder who was once signed to Mike Varney’s Shrapnel Records, who he issued a number of albums for and he was at one time a member of Love/Hate. Householder is a perfect fit for Rough Cutt, both aesthetically and stylistically. He stayed true to the original arraignments 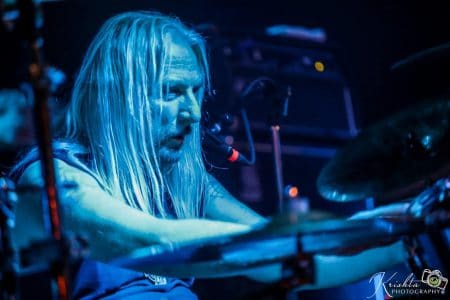 and was explosive when he needed to be. The other new recruit, Jeff Buehner, has a reputation locally for his heavy handed bottom end, which is what we heard in Portland, and he can sing great background vocals too. Buehner interacted with his bandmates and smiled throughout the performance. Hager and Alford are the staples in this band and didn’t have to do all the heavy lifting, Rough Cutt circa 2019 IS a band and they showed Portland as much. Steven St. James did justice to the back catalog, and much like Paul Shortino, there’s a soulful quality to the vocal, without the grit. It worked magically.

With fan favorites like “Take Her,” “Piece Of My Heart,” “Dreamin’ Again,” “Cutt Your Heart Out” and “Black Widow” from the self-titled album and the best cut[t]s from the Wants You! album, it was a well balanced set. The audience reaction to Rough Cutt was surprisingly good, not because I feared the band wouldn’t bring their ‘A’ game, but because Portland in general is a fickle market for hard rock and metal. All in all, it was a 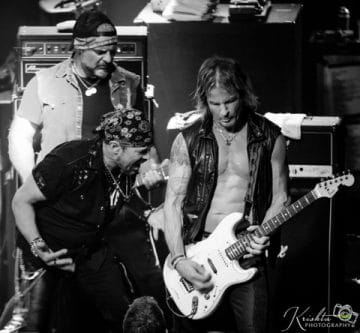 near perfect performance, that has me excited about the future of this band, new music, more shows, or both. Bring on Rough Cutt in 2020.

Is there such a thing as a bad L.A. Guns show, when you have guitarist Tracii Guns and singer Phil Lewis performing together? I say no. So far this [re]union has stood the test of time over the past five years or so. Good for them. It’s what the fans 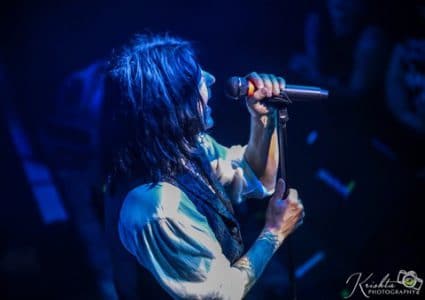 ultimately wanted and while their once volatile relationship seems to be in the past, their clashing of personalities adds to the charismatic energy of the performance. Lewis has a reputation for being somewhat of a diva, on and off stage, but I think there’s a certain charm to it.

This was my first time seeing the latest version on L.A. Guns with Ace Von Johnson and Scott Coogan, both who as you are fully aware are incredibly good. Coogan, in addition to his phenomenons drumming, brings some stellar backing vocals. Von Johnson enhances Tracii Guns’ playing and gets a chance or two to shine throughout the set.

L.A. Guns opened with a trifecta that had the audience salivating like Bill Clinton at a bachelorette party. “Over The Edge” and “No Mercy” were played first prior to Lewis stopped for a moment to address the capacity sold-out audience before the third tune. “It’s great to be back in Portland. Did you have a great thanksgiving? This next song is about turkey and stuffing,” jested Lewis as he introduced “Sex Action.”

L.A. Guns issued a new album earlier this year. It is titled The Devil You Know. They performed two tracks from the album — “The Devil You Know” and “Gone Honey” — with the latter not getting nearly the same response as the aforementioned. It was 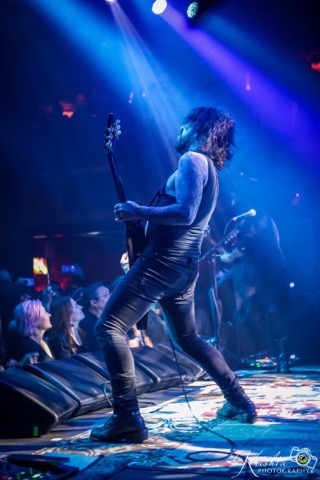 great to see “Speed” remaining in the set from the previous record, The Missing Peace. Also featured in the set were the usual suspects — “Electric Gypsy,” “One More Reason,” “Some Lie 4 Love” and “The Ballad of Jayne” — and closing out the set was “Rip And Tear.” There’s no other place I would have liked to have been on Black Friday than at the Bossanova Ballroom watching L.A. Guns blow the roof off the venue.