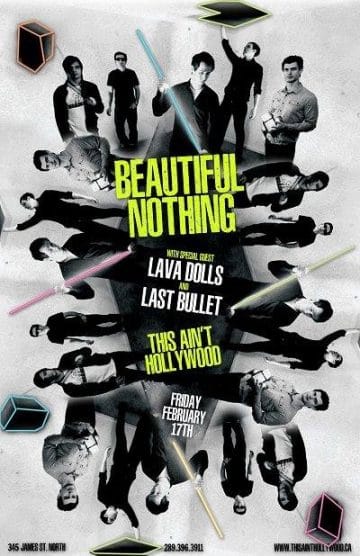 I don’t know what it is but concerts to attend — at the least, the ones that I want to go to — are few and far between during the winter months in Canada. Sure, sometimes the weather is not that great but in the wintertime, a good portion of Canadians stay indoor a lot more and are looking for things to do. During the summertime, and even spring and fall, there are just so many more things to do outdoors and more factors that might affect one’s availability to attend concerts such as the lure of a cottage, taking vacation, etc. Nevertheless, hard rock and heavy metal bands seemingly tend to avoid touring Canada in the wintertime, which makes a long winter even longer! It’s hard to believe but my attendance at Last Bullet‘s gig in Hamilton, Ontario (which is located about 45 minutes from Toronto) would only be my second concert of the year. Clearly, this is not the kind of slow pace in terms of concert attendances that I want to maintain.

At first, I thought that Last Bullet were headlining their gig at the aptly named This Ain’t Hollywood. However, as the weeks grew closer to the actual show, I realized that Last Bullet would be one of the opening bands (sigh) and part of a bill with two groups that I had never heard of before — Lava Dolls and Beautiful Nothing. The good news is that Last Bullet were going to be the first band to play on this night meaning that I did not have to endure a late late night such as the last time I saw them play about 10.5 months ago. Man, time really flies. 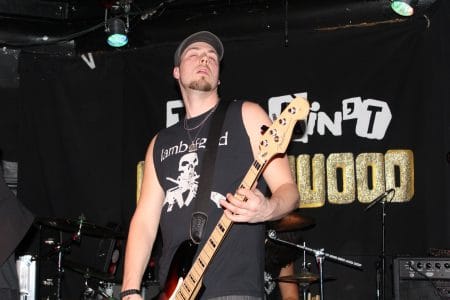 I arrived at the venue just before 10:00 pm and headed over to chat to Last Bullet‘s frontman Bryan Fontez whom I had had the pleasure of seeing Guns N’ Roses with last summer.  Honestly, I can’t recall at this time much of what we talked about at This Ain’t Hollywood, which I blame to fatigue from a long work week. After a seemingly long half an hour wait or so, Last Bullet finally took to the stage. I have always been impressed how Last Bullet have seemingly always been able to attract a large female contingent to their shows. Aside from Steel Panther concerts, it seems that I am always seeing concerts with a great majority of “dudes” in the audience. Last Bullet kicked off their show with their Led Zeppelin like “State Of Confusion.” Fontez sounded like he was struggling a little bit singing wise during that song but his 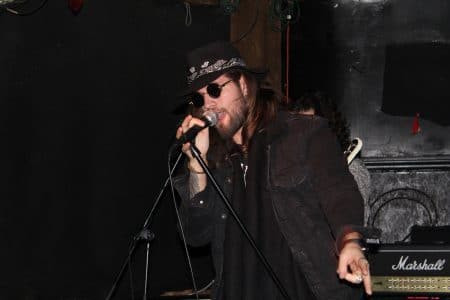 vocals quickly seemed to get back to their normal levels within one or two songs. Next up was “Jet” which is just a great song. Too bad that the band didn’t shoot a video for that one. Next up was my favorite Last Bullet track, which is entitled “Cowboy” but it really didn’t sound a whole lot like the album version with guitarist Brendan Armstrong playing a guitar solo throughout the intro of the song. I clearly like the album version (off 2012’s Love.Lust.Illusion) way better and this live rendition of the track was a bit disappointing. Having had a look from afar at the posted setlist on the stage, I knew roughly how many songs that Last Bullet would play and by the time that the fourth song (“Smoke & Ashes”) was played, it felt like I could predict the order of all of the next songs during the band’s set. 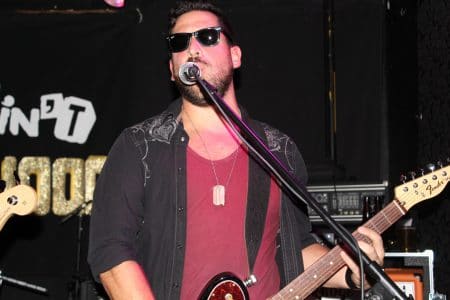 You might ask, “How would you be able to do that?” The reason was that Last Bullet apparently kept pretty much the same setlist that they had from the last time that I saw them live, which dated back to early April 2016. While there is nothing wrong with that and they were playing a different city this time around (I had last seen them play in Toronto), it was a bit disappointing to see the band just go through its usual setlist without having made any substantive changes in the last ten months. Last Bullet (and many other bands) should take a page from Canadian veteran rockers Helix who played pretty much the same songs at two separate shows six months apart in April 2015 (in Barrie, Ontario about one hour north of Toronto) and November 2015 (in Niagara Falls, Ontario about 1.5 hours south-west of Toronto) but switched the order of the songs so much that it felt like a brand new setlist when I saw them in Niagara Falls! A wily trick from a veteran band that could have easily been implemented by Last Bullet to keep their set “fresh” and somewhat unpredictable. 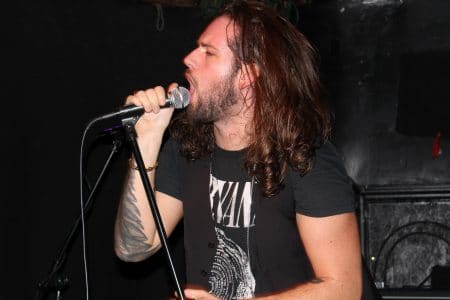 This is not to say that Last Bullet did not put on a good performance because they delivered as usual. My favorite songs from them remained the ones that I have heard more often, namely the five tracks played from the 2012 EP Love.Lust.Illusion and the one song from the 2011 EP Last Bullet. The remaining five songs are regularly played by Last Bullet in a live setting but they have only released two of them (“Sin” and “Southern Lips”) digitally in the last year or so. And that takes me to another issue is that without being able to listen to some of Last Bullet‘s latest songs on a regular basis (preferably in physical format, i.e. a CD) and getting more familiar with them, I end up pining to hear Last Bullet‘s older songs rather than the new ones live. I know that Last Bullet were planning in early 2015 on releasing another EP before changing strategy later that year and focusing on singles. The good news is that Fontez advised me after the show that Last Bullet were going to be recording three more songs (I’ll leave it as a surprise) in the next few days. Who knows? Perhaps another 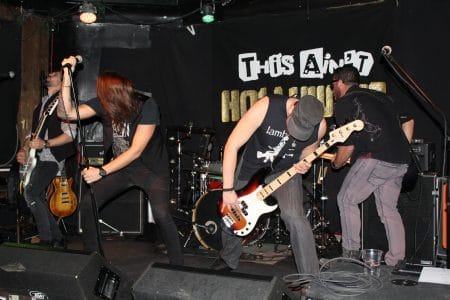 EP is in the works with the band having already recorded a few songs a while back.

Putting aside my minor beefs with the setlist order and lack of new material available for purchase from the band, Last Bullet put on another strong performance. The band members certainly do not lack energy up on stage and it always feel like they are giving their all. You have the WWE wrestler Roman Reigns look-a-like Chris Galaz pounding on his drums like there is no tomorrow. You have the always serious bassist Will Shannon who never cracks a smile but who is clearly into the music. You have rhythm guitarist Michael Silva who is headbanging away and sometimes even doing 360 turns on the spot. You have lead guitarist Brendan Armstrong posing and swaggering in his best “Guitar God” moves. And finally, you have the affable and charismatic frontman Bryan Fontez who commands attention with his somewhat unpredictable moves and who can be so good at engaging an audience.

My favorite tracks on this night were the first two songs played (“State Of Confusion” and “Jet”), “Runnin’ Out Of Time,” “Little Miss Filthy” and the show closer “Forget The Rest.” Given that Last Bullet were the first band up on this night, I was grateful that they got to play 11 songs. It made the seemingly long drive back home, considering I was dead exhausted, that much more bearable. Given my fatigue issues, I decided to “check out” the two other bands on the bill some other night and left the venue 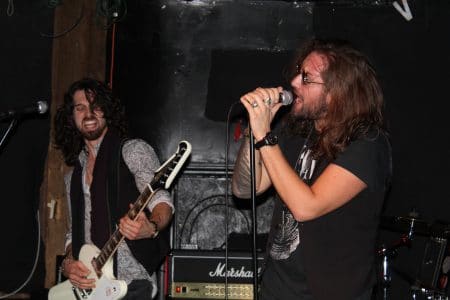 after congratulating Fontez on another solid Last Bullet gig.