Considering the Sleaze Roxx’s Top Ten Albums of 2017 and being a big Brazilian fan of the golden era of ’80s hard rock, I decided to contact Sleaze Roxx editor Olivier to suggest to him that I could write some words about the very first live concert of the 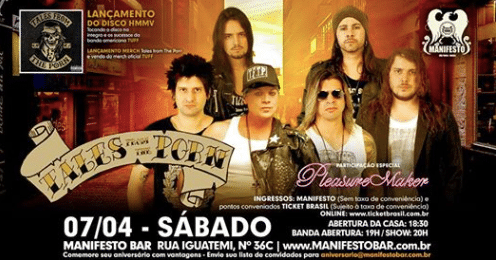 Being great lovers of ’80s hard rock, guitarist Andy Sun and bassist Bento Mello decided to create a band to pay homage to this heavy metal genre recruiting the following other Brazilian musicians — Ed (drums), Bruno (guitar) and Igor (keyboards). They joined forces with Stevie Rachelle, the singer known for his work with Tuff and Shameless. After a long period of recording with the benefit of the technology — Stevie lives in the USA and recorded all of his lead vocals in California while the Brazilian musicians recorded the rest in Sao Paulo, Brazil — they came up with H.M.M.V. (which stands for “Heavy Metal Minha Vida” in Portuguese, which translates into “Heavy Metal My Life” in English). 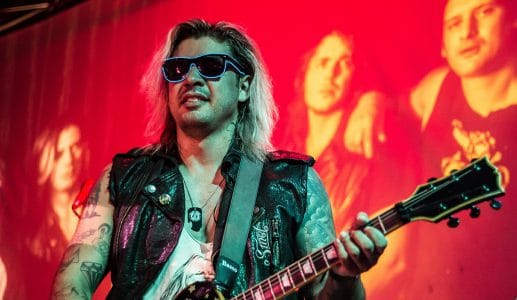 As we all know, when a band launches a new album, the next step is going on tour and spreading the news to everyone by playing the songs live. Due to the distance difficulties between Stevie and the other members, they could only schedule the band’s first concert for last Saturday, even though the H.M.M.V. album was released six months ago. It was a long wait but it was worth it! Celebrating the ’80s hard rock era, Tales From The Porn played their entire debut album in random order while adding some Tuff songs to the setlist like the power ballad “I Hate Kissing You Goodbye.” 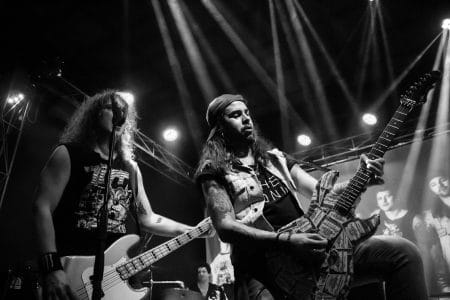 The concert took only one hour but it was a full hour celebrating the hair metal style and it was a very cool and funny concert. At 52 years, Stevie was noticeably happy being part of this project and mentioned that he could be the father or maybe even grandfather to the keyboardist Igor as the band has a mix of young musicians with a remnant singer from the glory days of hard rock. Andy, Bento and the entire group clearly demonstrated their happiness of turning their idea of a band to celebrate the ’80s in an album and now in a live concert. It is tough to imagine how the band will deal with the distance between the US and Brazil to keep an agenda for future concerts or to record a new album but I really hope that they can do this. The ’80s era deserves more bands like this. 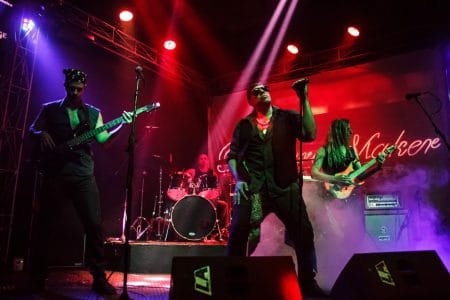 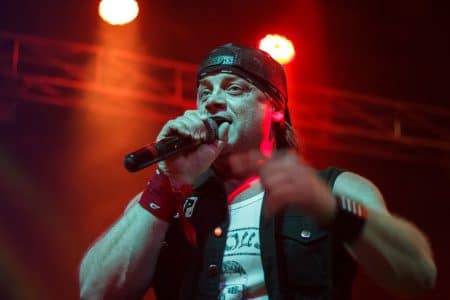