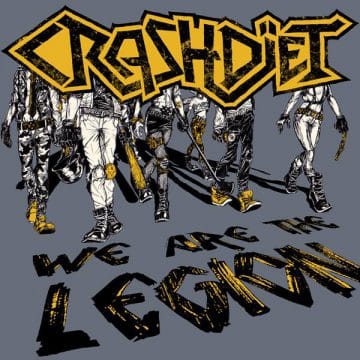 Crashdïet consisting of guitarist Martin Sweet, bassist Peter London and drummer Eric Young along with new lead vocalist Gabriel Keyes have released a video for their single “We Are The Legion” via Gaffa.se.

The Swedish sleaze rockers recently played their first official gig at at Kägelbanan in Stockholm, Sweden on March 30, 2018.

Back in mid-December 2017, Sleaze Roxx interviewed Keyes and asked him if he was part of the writing process for the upcoming new album right from the start to the end. Keyes replied: “Yeah. Actually, now we’re just releasing our single [“We Are The Legion”] which will be released on New Year’s Eve] and after that, I don’t know when we’re going to start to record the whole album. Right now, it’s only the single and maybe a music video but you know, we don’t know right now. But yeah, I was part of the writing process.”