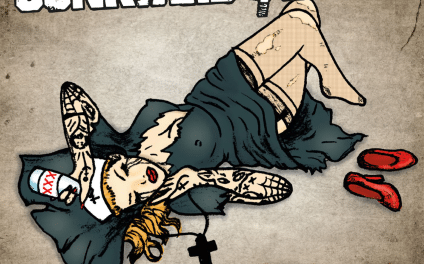 Hailing from Roskilde, Denmark, Junkyard Drive are about to unleash their debut full-length album Sin & Tonic, which will be released via Mighty Music on February 17, 2017. 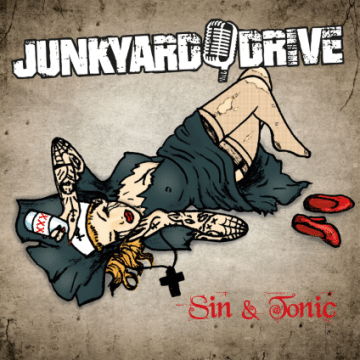 The debut album of Junkyard Drive reflects Rock N’ Roll from the 80’s, with a modern twist. It is produced and mixed by Soren Andersen (Glenn Hughes, Electric Guitars, Mike Tramp), and is recorded live in the legendary Medley Studios, Copenhagen.

During the session a well-known American artist interrupted the band:

‘’We were about to finish the album in Medley Studios, just a couple of weeks before heading to the States. We had just two days to record 4 tracks, everything was set up and we were ready to go. This is when Justin Bieber showed up in the studio with his whole entourage of bodyguards and men in suits and wanted to record a song! Bieber put us on a 6 hours hold, but when we got back in the studio we picked up the guitars and started shredding away, and we managed to stay inside our time limit.” – Birk, lead guitar, Junkyard Drive

The vision of the album is to bring honesty and dignity back to the music and get rid of things like X-Factor and DJ’s. The lyrics are referring to a society where people are “experiencing” concerts through a smartphone instead of using their eyes, ears and 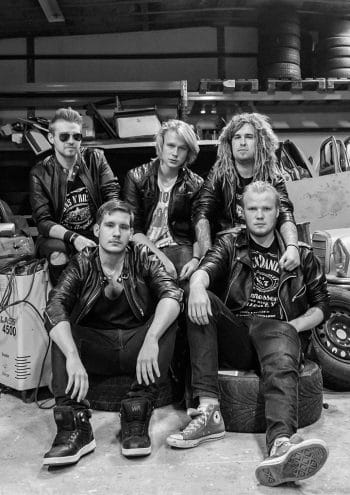 Junkyard Drive has toured all over Denmark for the past two years, and have played in Latvia, Netherland and Germany as well. In October 2016, they toured USA and Mexico to perform songs from “Sin & Tonic” in Florida, Texas, Saltillo, Monterrey and Mexico City.

The band has supported Lizzy Devine (Vains of Jenna, The Cruel Intentions) and shared stage with legendary Primal Fear.”