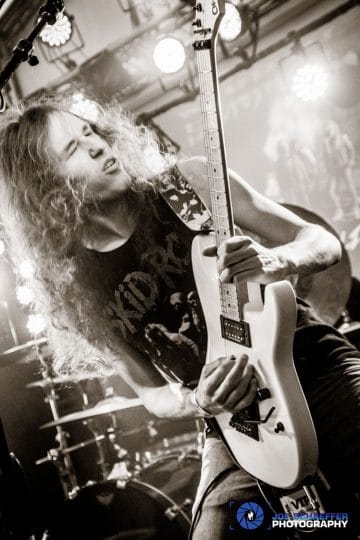 Nashville, Tennessee, USA based rockers Denman have released a lyric video for their new song “Higher” from their upcoming new album Raw Deal, which will be released on June 29, 2018.

Denman posted as follows on their Facebook page earlier today:

“Here is the new lyric video for the song ‘Higher’ off of our upcoming record ‘Raw Deal‘. The song will be available for pre-order on June 22nd on iTunes, and it gets released worldwide on June 29th. This video, and more are on our YouTube channel : Denman Rocks. You know what to do: SHARE IT UP!!!”

Sleaze Roxx stated the following in its review of Denman‘s debut EP The Life We Live: “It’s hard to put a finger on who Denman sound exactly like. Guitar wise, the brothers are like a mix of Zakk Wylde and Paul Gilbert. Vocally, Ben‘s vocals are a little bit lower and more baritone than the average hair metal band. However, it still sounds like an authentic ’80s vocal. The album, produced by the legendary Michael Wagener, sounds as ’80s as the first Skid Row album, and even features a cameo from Mark Slaughter. The songwriting is exactly what’d you expect from a slightly heavier glam band of the era. There are some slight thrash influences, but for the most part, it’s wild hair metal guitars and big vocal hooks making for catchy songs about driving fast, partying, and women.