Donnie Vie clarifies that he meant no ill will towards L.A. Guns or Sebastian Bach in Sleaze Roxx interview

In an interview with Ruben Mosqueda for Sleaze Roxx earlier this month, former Enuff Z’Nuff frontman Donnie Vie was asked about whether he will be playing live shows in the future to which he replied: 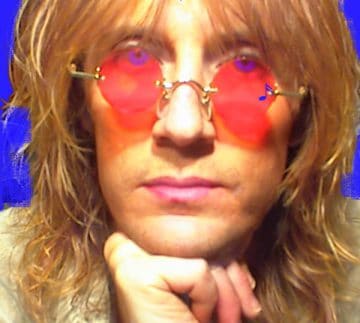 With respect to the latter comment, Sleaze Roxx ran an article titled Donnie Vie getting “top-notch” musicians for backing band & “not guys that are playing with L.A. Guns”.

During the interview with Sleaze Roxx, Vie was also asked whether there had been people that he was surprised were fans of his work in Enuff Z’Nuff to which he stated:

“Man, there’s been a few. Paul Gilbert, of course, we have a mutual admiration… Ozzy [Osbourne] liked us. The Mötleyguys liked us, but there’s one that really blew me away. We were playing a gig one night that featured Sebastian Bach, Foreigner, Ronnie James Dio and us opening. Sebastian did something to fuck us. We were using the backline that was provided by Skid Row and the guys were cool with us and were letting us use amps, but Sebastian would have no part of that! So we had to use whatever other gear and amps which were backstage, obviously not what we were expecting. He took it a step further at dinner. Chip [Z’Nuff] and I were sitting there with some of the other bands having dinner and he’s at one of the neighbouring tables, being loud like Sebastiantends to be, “Would you look at the pipes we have here tonight? We have Ronnie James Dio, we have Lou, we have Lou Gramm!” Chip was irate and says, “What about your brother over here?”

Vie has now felt the need to clarify his comments and ensure that everyone understands that he meant no ill will towards L.A. Guns or Sebastian Bach.

The following message was posted on one of Vie‘s Facebook accounts earlier today (without any edits):

“Taken out of context. there are those out there who love to cause shit and have more satisfaction from seeing you fall than kick ass. first of all I feel the desire to give my love and support to Phil and Tracy and gang of LA Guns (Ive had my differences with Phil Lewis in the past but for stupid reasons having nothing to do with his talent or music.what ive heard I like and hes still cute as fuck.how did I get old and decrepit and Phil (being older than me stay so cute? could he truly be a vampire? or perhaps pickled. if hes pickled im kippered). I took no shots at you, or Sebastian ..In the interview they asked about my upcoming live band. I stated that I wasn’t going to be looking for guys who have been in and out of a zillion bands, as its common knowledge there have been a lot of change in personel in Both of the LA guns band, my old band ,and many of the surviving bands of that era. thats what I said and meant. I used guns as just an example of that.

Sebastion,,, I was referring to a big show, that we were on the bill with Bach“s band and Dio and I forget who, and not only was Sebastian declaring the great pipes on the bill and said everyone but me, in front of me, but then pulled a fast one on us by at the last minute (literally) pulling the gear his bandmates were letting us use to make a simpler set change, and the backline provided that we were going with contractually guaranteed was usually garbage. minutes before the show they informed us we can’t use it, and the provided gear was a joke (worst ever seen, not even a snare on the snare drum, and Pevey amps and shit ,so we being a great band made it work. any ways my story when asked about Dio was that they came into the dinner room to ask if we”d clear out for Dio interview, and Ronnie walked passed Bach with his arrogant hand out, and right to me, Saying ” Donnie Im a huge fan and just wanted to tell you I listen to you daily.”

It was something I really needed that day, and ill never forget it. it was a story of love for Ronnie. not a bash at sedation Bach. I dont care enuff about him to bash him now or then. The old me was cocky and confident, feeling I was lumped in with the wrong artists, and my passion was for the great classic bands like Petty, and U2 and Aerosmith and Zep, Beatles ,stones, etc…I said questionable things. I was young, #1 on MTV ,shooting up the Charts and on arena bills. this reformed DV is all about positive, peace and love and gratefulness. God has blessed me, and ive studied hard for the tests. So all my love to every band and each and every one out there. I felt the need to clarify. to hell with the haters who make their living dragging artists through the mud. they have influence on those who only know what they read. its a responsibility. but if they are gonna hate, be sure to recognize the theme of the publication and take it accordingly. Guys like Eddie Trunk and Howard stern are the ones who built their reps on the truth and passion. DV( king of the buffoons)🤪”