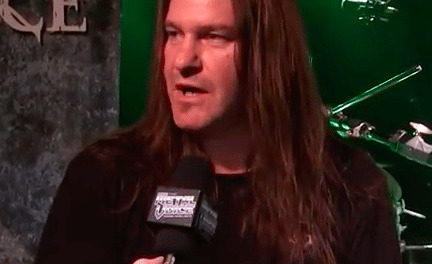 Former Megadeth and current Act Of Defiance drummer Shawn Drover was recently interviewed by Jimmy Kay from Canada’s The Metal Voice and spoke about his time in one of the “Big Four” thrash metal bands. 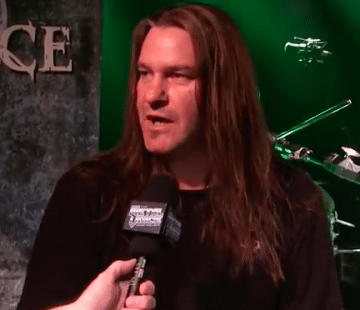 When asked if it was a text from him who got Megadeth lead vocalist and guitarist Dave Mustaine and bassist Dave Ellefson to reunite together in 2010, Drover replied (as transcribed by The Metal Voice with slight edits): “Yes it was me. Megadeth was in a situation where we were going to go on the 20th anniversary of Rust In Peace and we were without a bass player. I said if we were going to do that tour it would be smart for the band to get David Ellefson back even if it was just for that tour. That was the mindset I took when I contacted Dave Ellefson and I asked him what do you think about possibly coming on board to do this tour, it was just an American tour at that time for a month. he was open to it. I presented that to Dave Mustaine and they haggled out all the stuff they had in the past and a day later, he was down the street rehearsing.”

When asked about his feelings today towards Megadeth‘s Super Collider album (released in 2013) as it had mixed reviews by the fans, Drover opined: “That is subjective, I have nothing bad to say about it with those guys in Megadeth, it was perhaps a different musical avenue. I am always an advocate for the heavier stuff it’s no secret but I like all kinds of music. The album wasn’t as well received as the other records but it is what it is. I don’t really have anything bad to say about the album, it’s not my favorite record but that doesn’t mean I hate it either. “

In terms of whether the mixed reviews on Megadeth‘s Super Collider record was that one contributing factor why he left the band, Drover stated: “No not really, I just wanted to do my own thing and so did Chris Broderick so we decided to join forces and start a new musical endeavour, it’s as simple as that I wish I had some sort of scandalous story to tell you but I don’t.”

You can listen to the interview with Shawn Drover by The Metal Voice below: