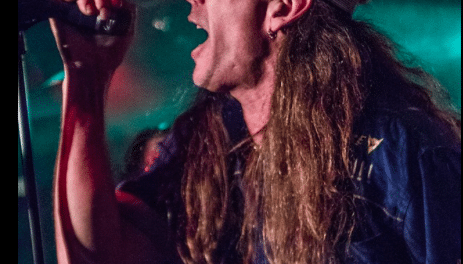 Every Mother’s Nightmare frontman Rick Ruhl was recently interviewed by Jay Oakley of Just A Rock N Roll Junkie and spoke about the band’s new full-length album Grind that was released via HighVolMusic in late 2017. 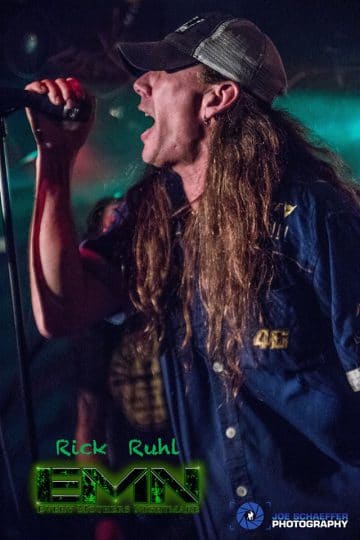 It was noted that Every Mother’s Nightmare had previously released an EP called Grind before releasing a full-length album of the same name via HighVolMusic. Ruhl stated in that regard:

“Then it was about trying to survive. I took a year off, I broke the band down, it was kind of a rough time for music for a while. I started playing with Lonnie Hammer on the drums and Travis Butler and me and Troy (Fleming) and we just started practicing one day with those cats and we tracked maybe four songs, four old songs and we just decided to write a record, that’s what we’ve always done. So, we did a five song EP and the idea was to, maybe, go out and play some shows, sell it out of the trunk of the car or whatever and see if we’ve got some interest. We ran into a buddy of ours, Larry Pintrow, he called Bill and he said, “Hey Bill! Seen the Nightmares lately?” and Bill was like, “No.” And, he goes, “You need to call Rick and check out what they’re doing.” He called me, I’ve been friends with Bill forever, he called me and I sent him a copy of the record and he called me about three days later and goes, “Let’s do a full-length record. Let’s do it on my label.” And I said, “OK. That sounds great.” That was the whole deal was just writing some more songs, through them out on a CD and, kind of, see where it goes. It went to the right people and I’m happy, man. It’s the best label. Out of all of the labels I’ve messed with in my lifetime this is the best place I’ve ever been. Like I said, he’s straight up and he does what he says and says what he does.”

When noted that Every Mother’s Nightmare were grinders just like the album says, Ruhl replied: “Thank you, sir. This is the only thing we know how to do besides mow grass. [Laughs] You’ve got to love the music business to do this. Anybody that thinks you get rich automatically is way wrong. You definitely have to love it and be willing to eat a lot of peanut butter to do it. [Laughs]”

You can read the rest of the interview with Ruhl at Just A Rock N Roll Junkie.