Former W.A.S.P. guitarist and current Mean Man frontman Chris Holmes has signed on with Mighty Music and will be releasing a new solo album entitled C.H.P. on March 25, 2016. 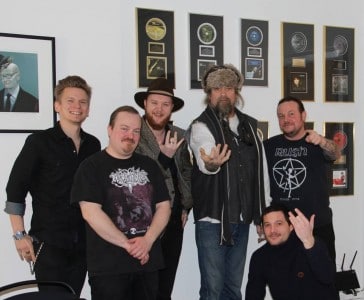 Mighty Music made the following announcement on its Facebook page (with slight edits):

“Mighty Music are proud to welcome the notorious Mean Man, former guitarist from W.A.S.P., Chris Holmes to the family.

On Friday the 25th of March, the new solo-album “C.H.P. will be released on CD and on all digital sales- and streaming channels worldwide through Mighty Music.

Chris Holmes “I can’t predict the future, but 2016 will be a busy year for Chris Holmes. We’re gonna play a lot of shows with my new band and I look forward working with a Mighty Music”.

Michael H. Andersen, CEO from Mighty Music/Target Group “I remember being 11 years in the mid 80’s listening to AC/DC and Europe and we had this new boy in the school class who introduced me to W.A.S.P. – and I have not looked back ever since (thanks, Mark!) – and we all know, Chris Holmes was always the cool one in W.A.S.P. The sound of Mr. Holmes’ solo stuff is different, but you can’t help seeing and hearing the charm and integrity. This is the fucking real deal from one of the few true rock’n’roll mad men still walking this earth”.

Songs like “Let It Roar” and “Born Work Die” are already cult classics and live favorites due to the music videos on Youtube reaching over ½ million views and praised by fans worldwide.

Prior to meeting Blackie Lawless and Randy Piper, and joining W.A.S.P., Chris Holmes played guitar with Los Angeles bands Buster Savage, LAX, and Slave and joined W.A.S.P. in 1982, remained with the group until 1990. In 1996, Chris rejoined W.A.S.P., and remained lead guitarist until 2001, he has not played with W.A.S.P. since. Chris was contacted by friend and former bandmate Randy Piper to join Piper‘s new project, Animal. He quickly relocated to Ohio to prepare for Animal‘s upcoming “900 lb Steam” tour. The tour was considered successful, and after its conclusion, Animal recorded tracks for a new album.

In 2007, he was involved with the filming of a Randy Rhoads documentary directed by Peter M. Margolis, which has yet to be released. Chris also appears briefly in a 2009 episode of VH1’s Rock Docs, “Do It For The Band: The Women of Sunset Strip.” In the summer of 2009, Chris released Secret Society‘s Death By Misadventure.

In 2010, Chris joined Where Angels Suffer with Randy Piper on guitar, Steve Unger (Metal Church) on bass, Rich Lewis (Animal), on vocals, and Stet Howland on drums (Blackfoot, Lita Ford, W.A.S.P.). Ira Black has since replaced Piper. The band toured Europe for the first time in 2011.

On November 26, 2012, Chris Holmes released his first solo album Nothing To Lose. After the success of his first album, he started recording his second solo album, Shitting Bricks, which was released in late 2015 and he is actively touring all around Europe with his new band Mean Man since the release of Shitting Bricks. 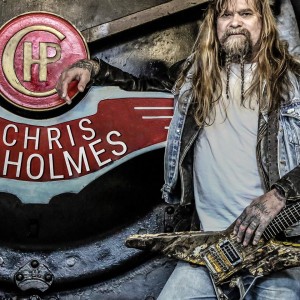