After many years of deserving heavy metal bands and artists getting snubbed by the Rock and Roll Hall of Fame located in Cleveland, Ohio, USA, the hard rock / heavy metal industry will have its own rock and roll hall of fame as the first ever Hall of Heavy Metal History awards gala and induction ceremony will take place at the Anaheim Expo Center in Anaheim, California, USA on January 18, 2017. 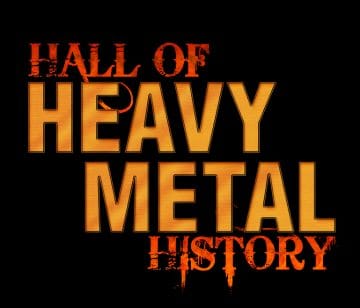 Clifton, NJ, (December 5, 2016) – Legendary Musicians and Music Industry Executives will join together to be inducted into the Annual Hall of Heavy Metal History Induction Ceremony on Wednesday, January 18, 2017 at the Anaheim Expo Center, Anaheim CA. Television and Radio Icon Eddie Trunk will host the event.

Proceeds from the event are being donated to the Ronnie James Dio Stand Up And Shout Cancer Fund. Sponsors include: KNAC.com, Pepsi, TD Bank, Promark Drumsticks, D.A.D. Evans, and Modern Drummer Magazine.

The 2017 Hall of Heavy Metal History Inductees Include:

Frankie Banali, of “Quiet Riot,” (along with a special 33rd Anniversary Induction of Quiet Riot, as the first band to achieve the #1 Heavy Metal Album status).

Additional artists and music industry executives to be announced.

“The Hall of Heavy Metal History is dedicated to preserving the legacy of those Legendary metal musicians who are often forgotten,” says Hall of Heavy Metal History President/CEO Pat Gesualdo. “This event is something the fans have been wanting for a long, long, time. As a non-profit organization, we are also dedicated to working with Wendy Dio and the “Ronnie James Dio Stand Up And Shout Cancer Fund.”

Music fans can be a part of the most important night in Heavy Metal!! Tickets are $25.00 for General Admission, and $75.00 for The “Meet And Greet” with the Celebrity Inductees. A General Admission ticket is required to attend the “Meet And Greet” event, which includes Pictures and Autographs with the Celebrity Inductees, and gift bag with an official VIP Pass, a limited edition autographed poster, an official Event T-Shirt, an official Event Program, and additional sponsor items.

About the Hall of Heavy Metal History

The Hall of Heavy Metal History is a non-profit organization dedicated to enshrining forever, those Legendary musicians, music industry executives, DJ’s, journalists, and Producers who are often overlooked, but responsible for making Heavy Metal music what it is today. Their contribution to the genre is invaluable, and they keep inspiring Heavy Metal fans throughout the world, from generation to generation.

The Hall of Heavy Metal History is a Division of the non-profit organization D.A.D. (Drums and Disabilities). With over 45 Million + major media impressions, top Celebrities, Sports Stars, Law Enforcement Agencies, Major Corporations, Child Protective Agencies, School Systems, United States Congressmen and Senators, Doctors, Teachers, and the United States Department of State have joined with D.A.D. to help bring therapy programs and services to disabled children and their families in over 15 countries.”