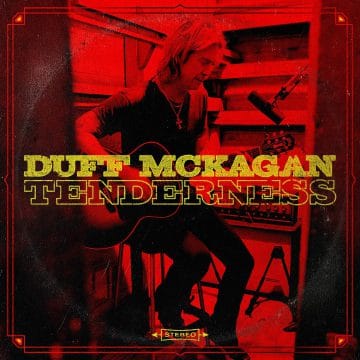 Amazon states the following about McKagan‘s upcoming new solo album: “Guns N’ Roses bassist and New York Times bestselling author Duff McKagan‘s new solo album, Tenderness, is a reflection on his experiences traveling the globe over two and a half years on GNR‘s Not In This Lifetime tour. Encountering heartbreak, anger, fear, confusion and divide on his travels during this tumultuous time in our world history, McKagan channeled a collective hurt into songs of monolithic power. The album was produced by recent Grammy winner Shooter Jennings and features Jennings‘ band along with appearances by The Waters and The Suicide Horn Section, amongst others.”

Don’t Look Behind You