A FM radio broadcast of Guns N’ Roses‘ show at the Ritz in New York City, New York, USA from back on February 2, 1988 will be released on CD on November 13, 2015. The CD appears to have already been released in certain markets.

Guns N’ Roses‘ New York city gig was in support of the band’s immensely popular debut album Appetite For Destruction, which has sold over 30,000,000 copies worldwide.

According to setlist.fm, the opening band on that night was Great White. 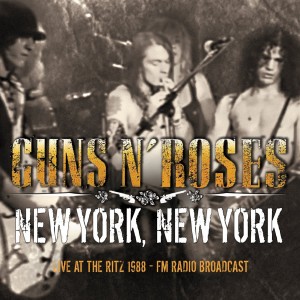