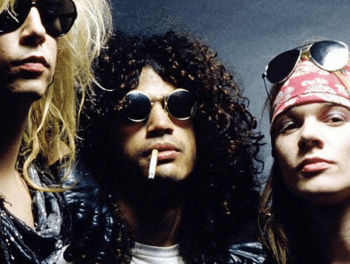 Guns N’ Roses’ ‘Not in This Lifetime’ tour all about the money?

Blabbermouth have reported today on financials surrounding Guns N’ Roses‘ upcoming ‘Not In This Lifetime’ tour which will officially start tonight at the T-Mobile Arena in Las Vegas, Nevada, USA.

Sleaze Roxx had previously reported that the cost for each VIP ticket for Guns N’ Roses‘ show in Las Vegas, Nevada, USA on April 8, 2016 would range from $958.90 to a whopping $2,508.90 including taxes and surcharges. The surprising part about the $2,508.90 VIP ticket is that it does not appear to include a meet and greet with the actual Guns N’ Roses‘ members. 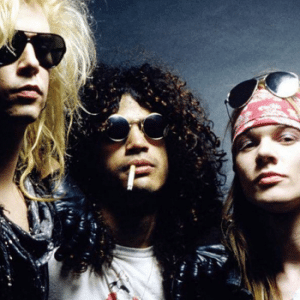 “The three “core” members of the current GUNS N’ ROSES reunion lineup — Axl Rose, Slash and Duff McKagan — will evenly split profits from the band’s upcoming North American tour, according to Page Six. The three originals are also the only band members whose names are being featured in advertising for the tour, with additional members Richard Fortus, Frank Ferrer, Dizzy Reed and Melissa Reese not highlighted.

According to The Pulse Of Radio, the four non-core members are probably being paid a salary for the live shows. Axl Rose, who owns the GN’R brand, had all the members of the previous GUNS lineup, which included no founding members but him, under salary.”

Blabbermouth went on to state:

“The band is getting a reported $8 million for its two appearances at California’s Coachella Valley Music and Arts Festival this month and an average of $2.75 million per show on the tour.

By comparison, Rose‘s most recent pre-reunion lineup of GUNS N’ ROSES was getting somewhere between $350,000 and $500,000 per show, according to Billboard’s industry sources.”

While there is no question that there is a lot of excitement in having three fifths of the classic Guns N’ Roses reunite and that the ticket prices are very expensive for the Guns N’ Roses‘ tour stops, at the end of the day, it is all about supply and demand. If not enough tickets are sold for Guns N’ Roses‘ upcoming tour stops, the ticket prices will likely be adjusted down the road via promotions, etc. to help increase ticket sales. At this point, Guns N’ Roses and their handlers appear very comfortable with the price ranges and packages that they propose to their fans and there does not seem to be any indication that the ‘Not In This Lifetime’ tour will be anything but a success. Even if Guns N’ Roses play to half empty arenas and stadiums, Rose, Slash and McKagan will still make a ton of money compared to prior tours.