Swedish melodic rockers H.E.A.T have released a lyric video for their unreleased track “Drink Alone” which was an outtake from their latest studio album Into The Great Unknown. 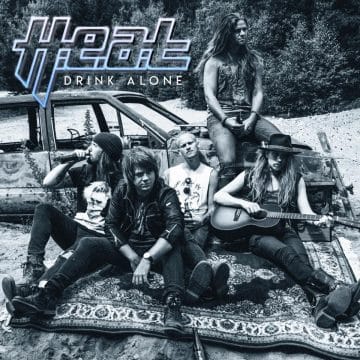 Before I go any further, I have to remind myself that H.E.A.T are actually a melodic rock group at heart with a full-time keyboardist in the band. Obviously, my expectations were way too high after the release of Tearing Down The Walls(which reached the #5 spot on the Sleaze Roxx’s Top Ten Albums of 2014) and the very good live album Live In London released the following year. As much as I like the sleaze genre, when a melodic rock group such as H.E.A.T orEclipse can add some grit and attitude to their songs, the results can be out of this world. However, it is easy for a melodic rock group to slip back into the bland world of keyboard based rock and that’s exactly what H.E.A.T have done with the aptly named Into The Great Unknown.”