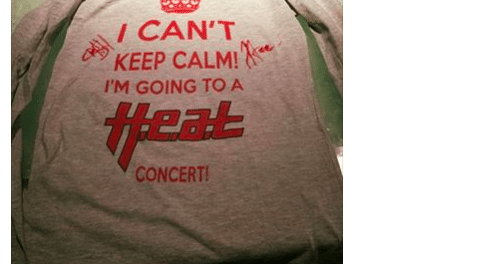 The Rock N Skull Festival 2016 is turning up the heat with Swedish rockers H.E.A.T apparently set to make a surprise appearance today on Day Three of Rock N Skull‘s 2016 edition. 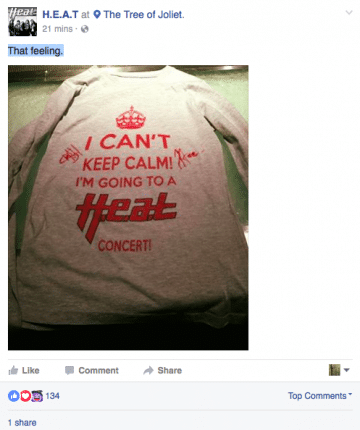 H.E.A.T have just posted a message on their Facebook page that “H.E.A.T at The Tree of Joliet.”

Tigertailz had previously announced on Friday, October 28th that they would not be able to make their scheduled gig on Day Three of Rock N Skull due to their singer Rob Wylde unexpectedly having his visa revoked apparently at the last minute. Although Rock N Skull organizer Justin Murr advised that a replacement had been found, no announcement had been made on who the replacement would be.

H.E.A.T‘s last studio album Tearing Down The Walls received a rave review from Sleaze Roxx and landed the #5 spot on Sleaze Roxx’s Top Ten Albums of 2014. Sleaze Roxx stated as follows in that regard: “It seems that everything is falling into place for Sweden’s H.E.A.T. After having lost their original lead singer two studio albums ago, the group is simply getting better with each release and with new singer and Swedish Idol winner Erik Gronwall leading the way. Tearing Down The Walls is that perfect combination of hard rock melodies and top notch vocals that will compel you to sing along throughout most if not all the album tracks. H.E.A.T‘s latest studio release shows a band maturing, gelling and putting everything together at the right time.”