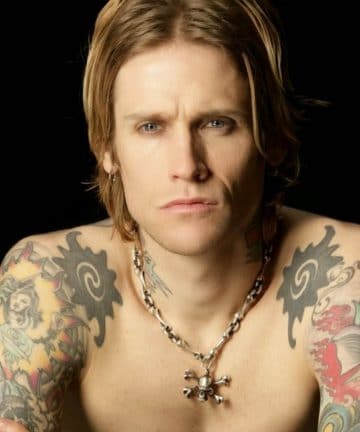 Buckcherry have a new record that they released a few weeks ago. The album is titled ‘Warpaint.’ Buckcherry do indeed sound like they’re ready for war. ‘Warpaint’ is likely the best thing the Buckcherry has issued since ‘15.’ 2019 marks the 20th Anniversary of ‘Buckcherry’ the album that started it all with songs like, “Lit Up,” “For The Movies,” “Check You Head,” and “Lawless & Lulu.” Fast forward to 2019 where singer Josh Todd is the last man standing of the classic line-up. Along with Todd, Stevie D are the only remaining members that cut the comeback record ‘15.’ Sleaze Roxx caught up with Josh Todd on a day off from the current tour.

Sleaze Roxx: What’s the ‘Buckcherry’ album mean to you, 20 years removed from its release?

Josh Todd: You know, I’m always looking forward. When we’re done with a record, then I’m looking forward to the tour and the next release and then more touring. Since we are so busy and always performing, I don’t sit back and reflect much on the catalog, until your manager comes up to you and says, “Hey it’s been 20 years!” It’s then that I stand back and say to myself, “Whoa, it’s 20 years!” So, I have reflected on that album and have a lot of fond memories of the album. I have grown a lot since that album, as a person, as a singer and as a songwriter. I have seen the progression from record, to record, to record. You can really hear it on the new record ‘Warpaint.’

Sleaze Roxx: I would agree that ‘Warpaint’ is probably the most cohesive album Buckcherry has released since the ‘15’ album. 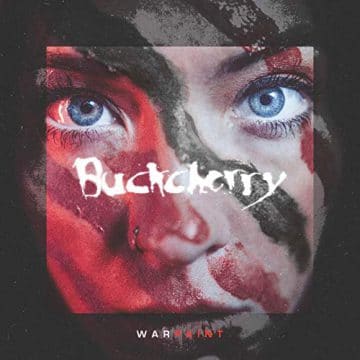 Josh Todd: We’ve put out some many great records. I would have to agree with you. It’s a lot like the ‘15’ record. We had some line-up changes. Three years have gone by since our last record. We wrote about 30 songs in the sessions for ‘Warpaint.’

Sleaze Roxx: There’s a another parallel between ‘Warpaint’ and ‘15,’ as you worked with producer Mike Plotnikoff.

Josh Todd: Oh, I loved working with Mike. It was a great experience. I would have loved to have worked with him some more, but due to the politics in the band at the time, it just didn’t happen. We love Mike. We love him as a producer, as a human being and he’s made a lot of fantastic records in [the] rock genre. We were looking for someone that could make a sonically great Buckcherry record and he was the guy that could do it. I think you’ll agree. I need to emphasize, just how much fun it was to make this record.

You’re watching the official music video for Buckcherry – “Crazy Bit*h” from the album ’15’ (2006)Subscribe to the Rhino Channel! http://bit.ly/SubscribeToRH…

Sleaze Roxx: You said earlier that you wrote in the area of 30 songs with potential use on ‘Warpaint.’ Is writing that much material for a record typical for you or did you guys push yourselves more on this particular record?

Josh Todd: That wasn’t typical in the past sessions. We pushed ourselves to the limit for this one. Like you said, we had some stuff to overcome and we wanted to make sure we had the goods. 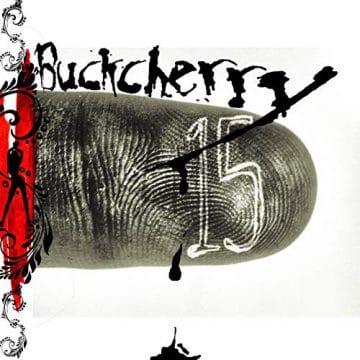 Sleaze Roxx: Stevie D. and yourself probably felt like you had something to prove with ‘Warpaint.’

Josh Todd: I don’t believe we put any more pressure on ourselves, than with past records. I think what you hear on this record is a band having the time of our lives. We had a lot to overcome leading into this record. We released an album by Josh Todd & The Conflict before ‘Warpaint’ and I think that taught me a lot about songwriting, so by the time we got to the point where we were working on songs for Buckcherry, it was full steam ahead. This has been a labor of love for Stevie and I. I met him way before he became a member of Buckcherry. I was 19 when I met Stevie. We were roommates in LA. We had already been lifelong friends before he was a part of Buckcherry.

Sleaze Roxx: I’m glad you mentioned Josh Todd & The Conflict, because I want to know if that will continue in the future? And what about Spraygun War?

Josh Todd: Spraygun War was a clothing line. I wanted to make some music that had a tie in to the clothing line. We wrote the ‘Spraygun War’ EP on laptops, while on the road during several Buckcherry tours. We had a blast getting creative together and we didn’t want to get anyone else involved. We made the “OMG” video and that was an incredible amount of fun. Spraygun War was so grass roots. I love building things from the ground up. So we did that, then all the changes happened with Buckcherry. We all felt that coming. It was time to give Buckcherry a little bit of a rest, so we made The Conflict record. We’re going to keep The Conflict alive, there will be more music in the future. I think we’ll do that while we’re giving Buckcherry a rest, so you haven’t heard the last of that band. So eventually we’ll get back to that.

Sleaze Roxx: So when Buckcherry gets a breather, it’ll be time for The Conflict?

Josh Todd: I already have an entire concept album in the works.

Sleaze Roxx: You tackled Nine Inch Nails’ “Head Like A Hole” on ‘Warpaint.’ How did that make it onto the album?

Josh Todd: It wasn’t planned. It actually happened pretty organically. The cover conversation comes up with every record. I’m sure we’re not the only band that has this happen. I personally have never been too excited about them. It’s fuck — rock band does 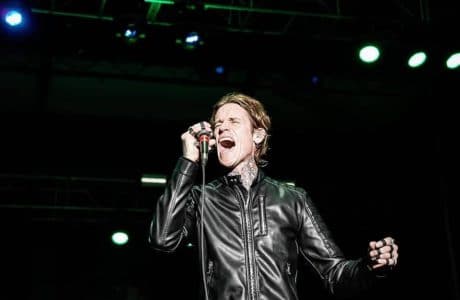 rock song! I was always a huge fan of ‘Pretty Hate Machine.’ I really admire Trent [Reznor] because he started his own thing and he stuck to it over the years. He isn’t a ‘conformist.’ He didn’t jump on trends. He just did what he did. I’d like to think that is the way Buckcherry is. “Head Like A Hole” is definitely in my vocal wheelhouse and the goal was to make it sound like a Buckcherry song, so that was the drive behind recording that. We were setting up for the recording for the ‘Warpaint’ record and I said to the band, “Hey, I’ve got an idea, let’s do this and see if it works out.” We didn’t know that Mike [Plantnikoff] was recording us at the time and we just ripped through it a couple of times. He recorded it then called us into the control room to listen to it. We heard it and we were like this is so good, it has to be on the record. We played it for our manager and our label and they loved it, so that’s how it happened.

Buckcherry‘s “Head Like A Hole” video (from Warpaint album):

Sleaze Roxx: You have a lot of records, a lot of singles and a lot of fan favorites. How many songs off ‘Warpaint’ do you think you’ll put in the set list on this leg?

Josh Todd: It’s super hard, I was speaking to the band, about doing a set of all the videos. Steve D says, “You know there’s 31 videos?” I’m like, “Fuck! We can’t do that [laughs]!”  There’s something like 100 Buckcherry songs. The last time around, we did like three songs off the record. We also sprinkle in there a lot of the usual suspects — “Crazy Bitch,” “Sorry,” “Lit Up,” stuff like that, [and] then there’s songs that we rotate every night. 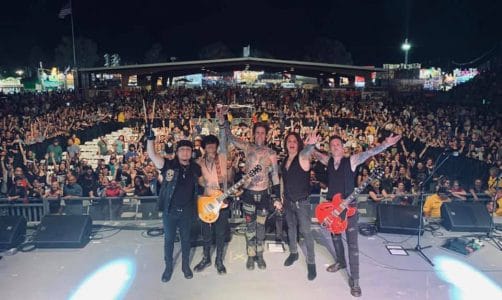 Sleaze Roxx: Years ago, Buckcherry were featured on the NASCAR Rocks compilation, where you covered Willie Nelson’s “On The Road Again.” Who picked that one and have you ever performed that live?

Josh Todd: That was me. My mother used to play a lot of country music when my sister and I were kids. She used to clean the house and I remember listening to a lot of Willie Nelson. We played around with the arrangement to make it more of a rock song. I don’t believe we’ve ever done that live.

Sleaze Roxx: The lead video for ‘Black Butterfly‘ was for the song, “Too Drunk…” The second pressing dropped “Too Drunk…” in favor of a cover of “Highway Star.” What’s the story behind that?

Josh Todd: That was our [then] manager’s idea at the time. Actually, I don’t know why he took that off the record. “Too Drunk…” is a great song if you ask me. ‘Black Butterfly’ is one of my favorite Buckcherry albums.

Sleaze Roxx: Jumping back to the ‘Buckcherry’ record, you used Terry Date who worked with heavier acts and Steve Jones as the production team. Why did you get those two characters on board?

Josh Todd: The first record was kind of weird. We had started with Dave Bianco, then our A&R guy wanted to make a change. That’s how Terry got involved. Later, we had this idea that we wanted Terry and Steve to produce the record. We were fine with them pairing up like that. I don’t think they’ve ever done that for another record. It was interesting. It worked at the time. There’s a certain charm to that record. It’s hard for me to listen to it because I hear a band that really ‘undeveloped.’ There is this reckless abandon about it and I understand why people like it so much.

Sleaze Roxx: Would you agree that ‘Time Bomb’ is the most underappreciated Buckcherry album?

Josh Todd: That didn’t get a fair shake at all. It’s weird, right when we were getting ready to release ‘Time Bomb’, our A&R guy wanted us to release “Anything, Anything [I Give You]” which is a Dramarama cover. We didn’t want to do it. We were like, “Listen if you don’t like the record, we’ll keep writing songs.” He greenlighted the record and the label fell apart and there we were on tour promoting a record with no support that we thought was great. It was tough, but looking back now, I’m glad it happened the way that it did, because the guys that left the band, they needed to go [bassist Jonathan Brightman, rhythm guitarist Yogi Lonich, and drummer Devon Glenn each successively left Buckcherry, and were replaced by Dave Markasky, Josh Fleeger, and Matt Lawrence, respectively]. We needed that change. Everything happens for a reason. We had this long hiatus. We came back with a new record in ‘15’ [Markasky, Fleeger and Lawrence were replaced by bassist Jimmy Ashhurst, rhythm guitarist Stevie D and drummer Xavier Muriel respectively]. People had written us off. 1.5 million records later, we shoved it right up everybody’s ass.