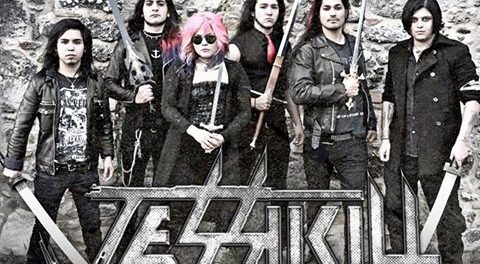 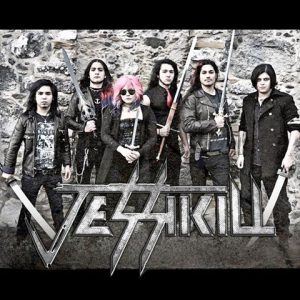 “For everyone’s Info Rafael Llamas (Keyboardist) has been Fired from Jessikill for his Foolish,Emo, disrespectful and Alcoholic behavior! It’s either he’s gonna learn to be an adult or a boy who can’t get his shit together..
Best of luck for him!…
… Next….”

Llamas posted a few comments on his Facebook account under the name Alucardas Dreamcrusher today in regard to his time ending in Jessikill:

“Sigh…. I thought they were more mature to not throw stuff at my face especially in public. . . I’ll be the bigger man and keep my mouth shut. Karma will come ripping.”

Llamas‘ tenure in Jessikill was short lived as the group announced him as its keyboardist via Facebook on March 2, 2016 but less than two and half months later, he is already out of the band.

Prior to Llamas being in the band, Jessikill released their EP Metal Knights to many rave reviews. Sleaze Roxx stated in its review of the EP Metal Knights: “There are lot of influences that can be spotted on Metal Knights from the Iron Maiden like guitar melodies especially after the chorus on “The Beast” to Hessler on “Metal Knights” with the gang vocals and general feel of the song to Dio on the slower paced tracks. The former is no surprise since Alejo also plays in an Iron Maiden tribute band called Seventh Son.”