Great news for fans of the John Corabi led version of Mötley Crüe as the singer is aiming to release his live album Mötley ’94, which captures the former Crüe frontman apparently playing the entire Mötley Crüe album live. 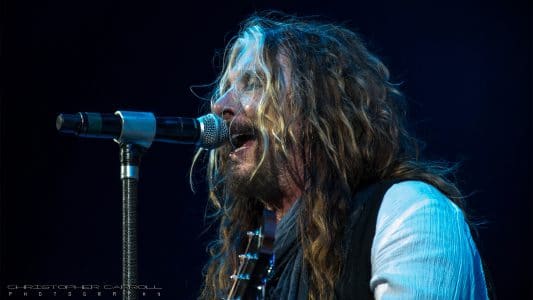 Corabi was recently interviewed by Mitch Lafon on the Rock Talk with Mitch Lafon podcast during which he stated as follows (as transcribed by Sleaze Roxx): “Yeah. It’s called ’94 Live — One Night In Nashville. Now that on the other hand is one show, one take, no overdubs, no… We just went for it. And you know, there’s a couple of spots on it I wish I could have back but for the most part, I just kind of… I’m a huge fan of Aerosmith‘s Live Bootleg… Yeah. I mean it is what it is. They don’t make any bones about it. You know, they stretch things a little longer. You know, there’s a couple of things in there that are just… They just recorded and put it out there and that’s what I kind of… It’s kind of what I was going for with my Mötley ’94 thing. That, I was supposed to put it out last year. It was going to be on Rat Pak again. It still is. But when Joe, Joe O’Brien, the owner — he was like, ‘Alright. Let’s put it out here at this time.’

And then The [Dead] Daisies — I’m kind of struggling with myself. You know what I mean? It’s like, I wanted to put that record out and the Daisies were going to drop their record [Make Some Noise] in the same week so I said, ‘Hold off on the Mötley thing.’ And then I was going to put it out this year and the Daisies, unbeknownst to me — ’til we went out on the road, I didn’t realize that we were recording some of the shows for a live album. So I said, ‘When are we putting out? When are we putting out the Daisies‘ record [Live & Louder‘]?’ And they said, ‘May 19th.’ And I said, ‘Alright, cool.’ So I am going to wait until July or August, and just kind of sneak mine in and throw it out there. You know, I think that I am actually trying to get into the Rock ‘N Roll Hall of Fame but not for being in Mötley Crüe or any of the other bands. I just want to be the only solo artist, the only artist on earth that’s put out two live records on the same year with two separate, separate acts. I figure that’s worth something!”

You can listen to the rest of the interview with Corabi at the Rock Talk with Mitch Lafon podcast.