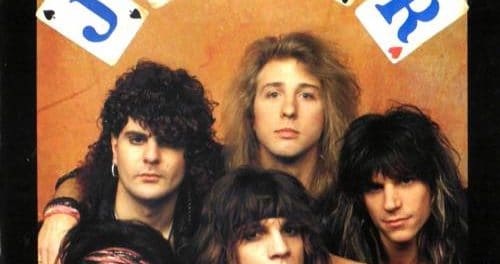 Chicago, Illinois, USA rockers Joker are coming back together to play a reunion show after a 23 year hiatus. 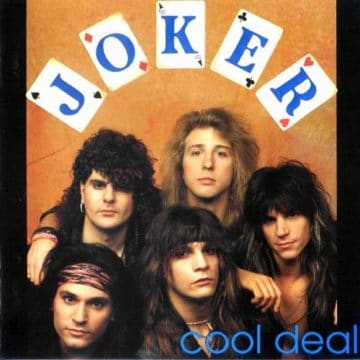 “After a 23-year hiatus, Joker is back! The band is coming together again to play the Cool Deal reunion show at the Star Bar on May 6.

The band formed back in 1985. The reunion show will feature the original line-up, with Tony Ignala providing lead vocals, Joey Miroballi and Nick Sikich on guitar, Brian Smolar on bass, and Mike Stone on drums.

Back in the 80s and 90s, Joker made an impact with its fresh, powerful sound, which ranged from soft ballads to heavy metal. True to its name, the band has always had a sense of humor and has described its sound as “heavy aluminum.” The band was signed to Chicago label Red Light Records in 1990 and put out its national debut album, self-titled Joker. The band went on to record the album Cool Deal, with producer Gary Loizzo (Styx, REO Speedwagon). Due to politics with distributor Zoo/BMG, the album was only released in Japan.

The band, in conjunction with Red Light Records and Pavement Entertainment, are re-issuing Cool Deal, which will be available soon.

Guitarist Nick Sikich says the spark to come back together came from wanting to have “the opportunity to re-visit our music and share it together with ourselves, as well as with the fans of our music.”

Vocalist Tony Ignala adds, “We didn’t want to be a parody of ourselves, so it took some time to to relearn the intricate guitar parts and vocal harmonies. The show we put together will be a special treat for our amazing fans, and a breath of fresh air for someone who is new to Joker.”