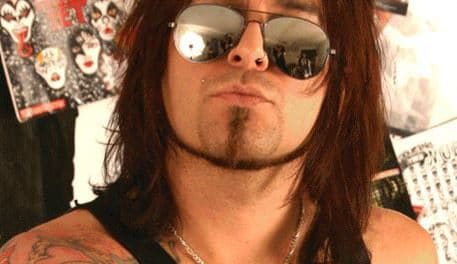 There seems to be tons of surprises coming from the Kickin Valentina camp in the last six months with the latest being that their new lead vocalist Brian Bezotte who was announced as singer Joe Edwardz‘s replacement back in late August 2018 is already out of the band. Kickin Valentina have also announced Bezotte‘s replacement as none other than former Jetboy singer D.K. Revelle. Jetboy briefly replaced singer Mickey Finn with Revelle in 2010.

The following message was posted on Kickin Valentina‘s Facebook page about an hour ago: 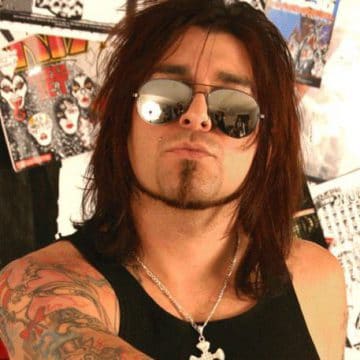 “OK, It’s nothing we expected or understand, but here it is. We refuse to lets others inability to commit stop what we’re doing. Things happen for a reason, and we are moving forward and we feel stronger because of it.

Kickin Valentina has recruited D.K. Revelle (formerly of Jetboy and Beautifully Demolished) as their new lead singer.
After only 5 shows, Brian Bezotte is no longer a member of Kickin Valentina. Two weeks after the band’s private show in Las Vegas, he called to say that his life wasn’t where is was four months ago when he joined, and that he was quitting.

“When we originally met with Brian, we explained to him in great detail what to expect as far as shows, touring, schedules, and so on – especially after just parting ways with Joe Edwardz, who was unwilling to fulfill his commitments. We discussed Brian’s personal situation at home including his family, job, etc., and he reassured us repeatedly that there were no issues and that he was completely on board. Apparently none of that was true,” states Heber Pampillon, guitarist. “We understand not everyone can tour, but what we don’t understand is why he ever joined the band in the first place, as he is unable to commit at this level. It was a big waste of everyone’s time. Commitment is key.”

Kickin Valentina welcomes D.K. Revelle to take the helm. “D.K. is someone we’ve known about for a long time as an amazing, kick ass singer and front man. The timing was right for us to join forces. We knew he’d bring a level of professionalism, experience, and commitment to the band that we expect and require. We are excited to have him as part of the KV family!” states Jimmy Berdine, drummer. D.K.’s previous bands include Jetboy, Beggars Ball, Beautifully Demolished, and Feels Like Fiction (managed by Bill Aucoin of KISS & Billy Idol fame). He has a long resume of touring (US/Europe), writing, and recording, and brings unwavering drive and commitment to the band – and to the fans.

“The last thing any of us ever wanted was to go through a member change. However, all members have to be 100% committed. There are no ifs, ands, or buts about it,” states Chris Taylor, bassist. “Our band has worked too long and too hard to settle for anything less. And our fans deserve the best. We have amazing fans and amazing opportunities ahead of us. And we are going to do everything in our power to keep this band alive and kicking for as long as everyone will have us!”

Kickin Valentina is currently booking US and International dates, and writing songs for a new album to be released on Mighty Music.

More dates to be announced!