Kobra And The Lotus have released a lyric video for their new single “Get The F*ck Out of Here” from their upcoming new studio album Evolution, which will be released via Napalm Records on September 20, 2019. 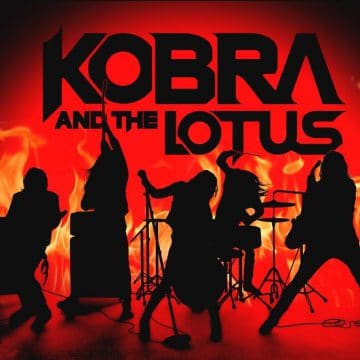 “Flames give way to change.

In the ashes, regeneration occurs. Kobra and the Lotus harness such regenerative fire on their sixth full-length, Evolution [Napalm Records]. Clawing a path to the forefront of modern rock throughout the past decade, the JUNO Award-nominated Calgary quintet — Kobra Paige [vocals, piano], Jasio Kulakowski [guitar], Ronny Gutierrez [guitar], Brad Kennedy [bass], and Lord Marcus Lee [drums] — catalyze ten chantable anthems fueled by stadium-size hooks, signature airtight metallic songcraft, and skyscraping vocals. It builds on the promise of the past as it positions the band for a focused, fresh, and fiery future.

“Over the last ten years, we’ve been learning, touring, and shaping ourselves,” explains Kobra. “The new body of work sets the tone for the music going forward. Sonically, it’s still heavy. It highlights the showmanship and maintains the edge. At the same time, it’s approachable. It pays tribute to our influences, but it takes the next step. So, it’s a reintroduction to us and a rebirth. A firm goal was to build a strong identity and update everything. We just want to be Kobra and the Lotus; that’s what we’re doing.”

The band quietly and tirelessly worked towards this moment. Following the 2010 debut Out of the Pit and self-titled Kobra and the Lotus two years later, they garnered a 2012 nomination in the category of “Best New Band” at the Metal Hammer “Golden Gods.” Over the course of High Priestess [2014] and the one-two punch of Prevail I [2017] and Prevail II [2018], the fivesome amassed over 20 million streams and views to date. Prevail II represented another high watermark. Not only did it receive a nod for “Metal/Hard Album of the Year” at the 2019 JUNO Awards, but it also attracted tastemaker praise from Revolver, Ultimate Guitar, and Metal Hammer who claimed, “that willingness to experiment will provide longevity.” Along the way, they shared stages with everyone from Kiss, Def Leppard, Judas Priest to Steel Panther, Buckcherry, and Slash in addition to showstopping festival appearances at Sonisphere, Download, Rock am Ring and Rock im Park, Hellfest, Wacken, and more.

Rallying around a shared desire for progression, the musicians tapped the talents of producer Michael “Elvis” Baskette [Alter Bridge, Linkin Park, Slash, Sevendust]. In late 2018, the group retreated to his Orlando studio and wrote the entire album 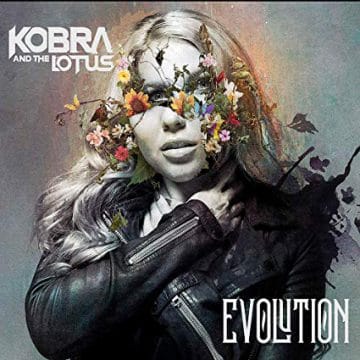 “We’ve never done a record like Evolution,” continues Kobra. “We’ve flown demos over the internet back and forth or started a few ideas prior to hitting the studio. This time, we were all working together in the flesh for the full duration of the writing process. Elvis was a big player. He was equally important to locking in the sound we set out to achieve. It’s a collision of everything we love. We feel like it’s the freshest and most timeless thing we’ve brought to the table.”

The first single “Burn!” ignites this chapter. A hummable riff snaps into a visceral verse as the frontwoman directly declares, “I really hate you, yes I do.” The track builds towards an incendiary and infectious chorus, hinging on a seesawing guttural groove and hitting like a sledgehammer. “It’s about all of the reasons you hold yourself back,” she explains. “You literally need to burn all of those feelings, stories, excuses, and obstacles keeping you from being your own authentic self. It’s super personal. It’s a product of growing and arriving as a person. I’m realizing who I am. It’s symbolic of the rebirth.”

Elsewhere, “Thundersmith” stomps along to a gang vocal as the vocalist delivers a Stanley Cup ready “anthem for being proud of who you are and showing up with your game face.” On the other end of the spectrum, the cathartic “Get The Fuck Out of Here” takes aim at “mean girls and people who make up bullshit stories” with a whole lot of attitude and a big middle finger. Everything crescendos towards the epic finale “In The End.” An orchestral keyboard hum bleeds into caustic thrashing as Kobra’s astonishing range takes hold for one last climactic catharsis. “It summarizes everything in a way,” she says. “There are synthesizers. There are super heavy guitars. It’s dramatic and packs a final punch. Lyrically, it discusses taking a stand for who you are and sticking to it.”

In the end, Kobra and the Lotus do so on Evolution. “Whether it’s from the sound, the words, or both, I want people to walk away empowered,” she leaves off. “I hope listeners feel a connection. Music connects people. The connection is why I started, and it’s what keeps me going. Now, we’re evolving to fuel listeners when they need it.””

Kobra And The Lotus‘ “Get The F*ck Out of Here” lyric video:

Kobra And The Lotus‘ “Burn” video:

Pre-order “Evolution” now: https://smarturl.it/KATL-Evolution Out September 20th Calgary-based hard rock quintet KOBRA AND THE LOTUS have returned with their new studio album ‘Evolution’, which will get a September 20th release on Napalm Records.