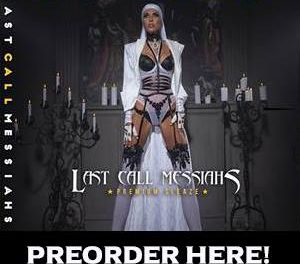 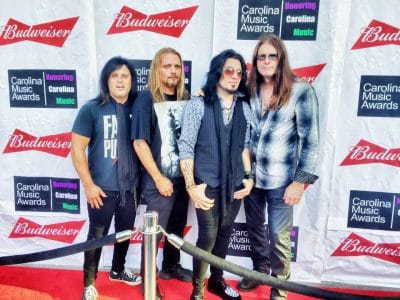 With Last Call Messiahs‘ debut self-titled EP landing the #9 spot on Sleaze Roxx’s Top Ten Albums of 2014, the group’s first full-length album Sermons Of Debauchery has been one of Sleaze Roxx‘s most anticipated releases of the year. Last Call Messiahs‘ Sermons Of Debauchery is now available for pre-order and will be officially released on October 21, 2016.

Back in July 2015, Sleaze Roxx interviewed Last Call Messiahs‘ frontman Chris Clark who described the band’s sound as follows: “We are sort of a — we’ve very much influenced all of us by the ‘80’s bands such as Faster Pussycat, Bang Tango, Spread Eagle and Kix. We also a lot of the time listen to some of the newer stuff coming out of Sweden like Hardcore Superstar and Crashdïet and we kind of bounce stuff off each other. My 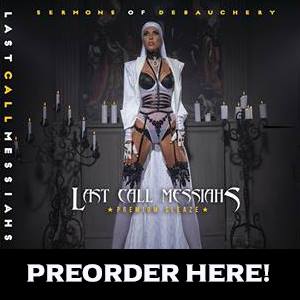 favorite band of all time is Hanoi Rocks. I like them and old Aerosmith so all those influenced and now just kind of come together into sort of what we have as Last Call Messiahs.”