Lionsault to embark on first comprehensive tour of Eastern Canada

Canadian rockers, Lionsault, are set to embark on their first comprehensive tour of Eastern Canada entitled Suck As It Gets Summer Tour and which currently consists of eight different tour stops in four different Canadian provinces. 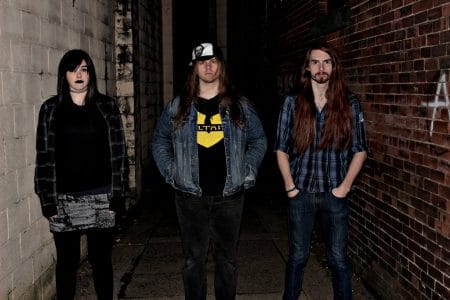 Sleaze Roxx stated the following in its review of Lionsault‘s debut album are you feeling lucky?: “The jury is definitely still out on whether Lionheart‘s debut album are you feeling lucky? will ever be considered one of the all-time great debut albums but I’ll tell you this — it’s one damn fine debut record! The album grabs your attention right away with a scorching guitar riff on “Shoot Em Up” before Kortini Nichols‘ young but beautiful sounding voice kicks in and the song takes you on a magical journey. Chase Nichols‘ drumming sounds absolutely monstrous on the opening track. My initial thought as soon as I heard the opening guitar riff on “Shoot Em Up” was ‘Alright Lionsault, you have got my attention for your entire album because this opening riff is so damn captivating that I know you’re going to have more great stuff on your record for sure.'”

Lionsault have released videos for two songs already including the humorous video for their song “Light It Up.”

Lionsault’s video for “Light It Up”:

Lionsault’s video for “Living With The Devil”: