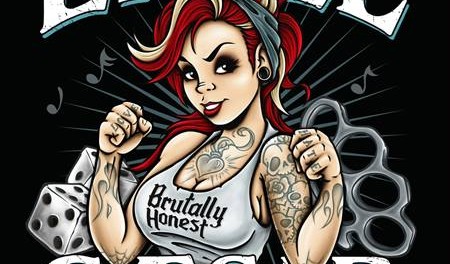 Little Caesar to release live album ‘Brutally Honest’ on May 6, 2016

Little Ceasar have announced that their highly anticipated double live album entitled Brutally Honest will be released on May 6, 2016.

The following post in part (with slight edits) was on the group’s Facebook page a couple of days ago:

“Little Caesar release their first ever double live album worldwide on May 6th with pre-orders available right now. Brutally Honest Live in Holland was recorded on 6/20/2015 at Muziekcentrum De Bosuil in Weert, Holland. Lead Singer Ron Young adds, “It’s called Brutally Honest because there are no overdubs, “clean ups” or fixes to alter what musically occurred that night…

Live music is a unique interaction. It’s an energy exchange between the players and the listeners. This album captures that exchange. It captures a moment in time where our adoration for the power of music, with all its subtle imperfections, combined with a welcoming audience, create an experience that will never occur again. We hope you enjoy it and we hope to get to enjoy a similar exchange with you… in person,…so that we can get to make great music with you all. Without you, your love of music and your support of Little Caesar, we would never get the gift of that cherished exchange.”

They will be triumphantly returning to Germany, Spain, Belgium and France starting on May 6th for 17 dates to celebrate the release of Brutally Honest. Along with the recent addition of Pharoah Barret on Bass (The Four Horsemen) they are proud to announce the joining of Alex Kane on Guitar. Alex was a founding member of Warner Bros artist Life, Sex and Death, and has played Guitar with Marky Ramone’s Blitzkrieg, Sass Jordan and Richie Ramone.

Brutally Honest contains 21 songs taken from the entire Little Caesar catalog; including favorites such as “Chain of Fools”, “Rum And Coke”, “In Your Arms” and a brand new song never recorded or released before called “Crushed Velvet.” Ron Young had this to say about the new song, “It’s about so many women I know in Hollywood that have not grown old gracefully and are leaving claw marks while clinging to a self destructive life out of fear.” 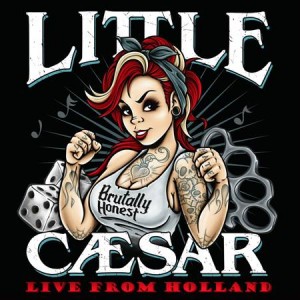