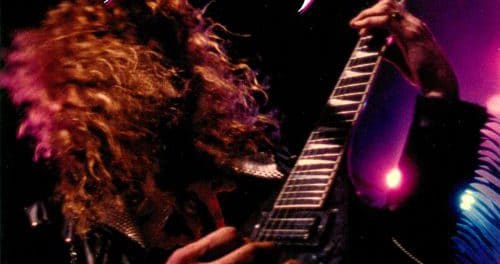 Love/Hate frontman Jizzy Pearl is continuing to reminisce on Facebook in advance of his upcoming album All You Need Is Soul, which will be released via Frontiers Music Srl on or about May 11, 2018. The former L.A. Guns, Ratt and Quiet Riot singer recently posted on what it was like “back in the day” of the Sunset Strip and also driving a beat up $200 van in the late ’80s. Today, Pearl posted about attending the premiere of the documentary Decline of Western Civilization Part 2, which was released 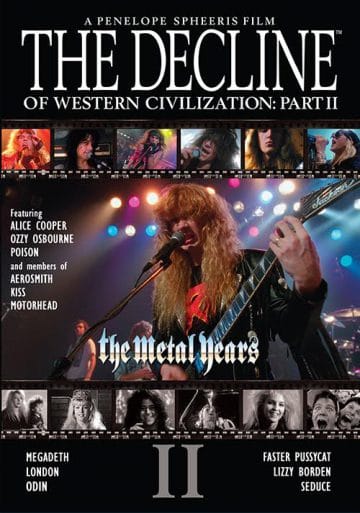 Decline of Western Civilization Part 2. A Penelope Spheeris film. I don’t remember how we met her exactly but we did and she liked us so the four band guys got invited to the star-studded premiere of the movie at the Cinerama Dome in Hollywood in 1988. It was a blast, Chris Holmes came bounding in on a pair of leg crutches to a standing ovation. The movie featured well known bands and some that have been forgotten, there was Poison and London and Odin (or should I say Odin…Odin…Odin…) and also a few cameos from famous rockers like Ozzy etc. There was also some silliness, mostly from the struggling young musicians who quite steadfastly assured us that they were going to ‘make it.’ Ironically the only one of them that did achieve fame was Gabe Reed, the two-toned Cruella D’Ville-looking character… but probably not for the reasons he had envisioned. Google that.

I sat in the audience with the rest of the L/H guys in my painted leather jacket and my dyed black hair. I looked up at the screen and silently wondered when it was gonna be my time, if ever. The movie went on, bad and good, richer or poorer, who wins and who loses? Some guys live in mansions and some guys end up cleaning carpets in mansions. When you get a record deal aren’t all the streets paved with Gold? Ha ha we all know that’s not true.

We were also invited to the movie’s after-party, a first for me. Skid and Joe had recently been kicked out of the Johnny Crash signing party given to them by WTG records, a subsidiary of CBS. Or should I say politely escorted out. No hard feelings though, we eventually got signed to the parent company of CBS and it took them four years to kick us out of that party.

So the four band guys went to the after-party at some house in the Hollywood Hills, drank the free drinks, I met Nicholas Cage, I had a good time. On the way back to the car, Skid and I got into an argument, a shouting match that at the time seemed so incredibly serious but was forgotten the next morning. 1988 was the period called “the darkest before the dawn” we were actually only months away from signing our record deal with CBS but of course we couldn’t know that, as far as I was concerned it was still 1916 and I was stuck in the muddy trenches of Flanders waiting for the whistle to take us over the top. We were playing songs every Monday night at the Whisky, new songs never played before that would eventually turn into songs I play every night on tour now some 30 years later. Sort of like Foreigner playing “Feels like the First Time” for the millionth time. Strange. 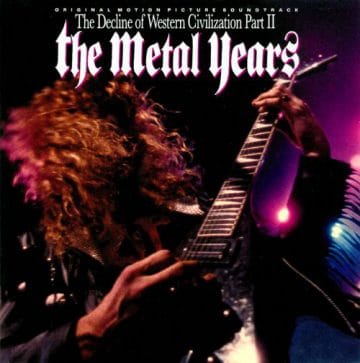 POSTSCRIPT—after we got signed Penelope Spheeris called me up and convinced me to audition for the Jim Morrison role in the Doors movie Oliver Stone was making. “You’d be perfect!” she said. I had just started to get used to the idea of having money in my pocket so my thought was ‘What have I got to lose?’ I dressed up in my finest Lizard King costume and drove down to Venice CA where Stone’s production company was. As I walked in I saw a guy dressed up like Ray Manzarek reading over his lines, several Manzareks actually—also a couple of Robby Kriegers near the coffee machine talking to a John Densmore. And all of them to a Man gave me the shittiest look, like I was some interloper. A non-actor pretending he could act…which I guess was sorta true.

I sat outside of Oliver Stone’s office for ten minutes until he arrived with his secretary. He gave me a weird look like I had just stepped out of a time machine and ushered me into his office.

I had no actor’s resume`, no ‘reel’, all I had was the fact that I had just signed a million dollar record deal and I could wrap a line around the Whisky a Go-Go. Which was more than enough for me. ‘I’m giving the part to Val Kilmer’, he said. ‘Isn’t that funny,’ I said, ‘I went to high school with Val Kilmer.’ ‘That is funny,’ he said and that was pretty much it. So I didn’t get the part, obviously. As I walked out of his office I passed the Manzareks again and I felt this vibe from them, a weird sort of smugness, like I had crapped out in Life and been beaten by these goofball struggling actors. It was 1989 and I was about to start recording the Blackout in the Red Room record so the terms struggling, starving, or beaten didn’t apply to me anymore so I gave them a wave, went home and the next day I bought myself a brand new Car.”

Wikipedia states as follows about The Decline of Western Civilization Part 2:

“The documentary follows the heavy metal scene in Los Angeles, with particular emphasis on the glam metal subgenre. Spheeris explores the more famous musicians, including Alice Cooper, Aerosmith, Ozzy Osbourne, Dave Mustaine, and Paul Stanley. She then explores unknown bands, such as London, Odin, and Seduce. The film also features interviews with members of Poison, Tuff, Vixen, Faster Pussycat, W.A.S.P., and more. Serious issues such as drug usage, alcohol abuse, and censorship are tackled, as well as vanity issues like celebrity and sales. 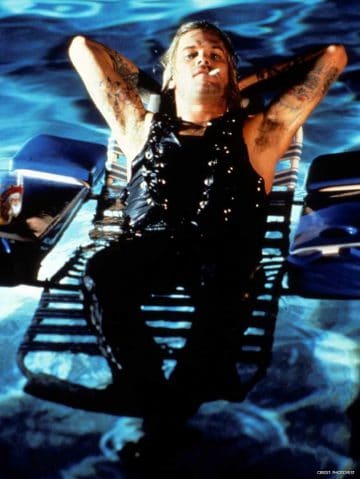 The film is well known for its many scenes featuring rock star excess. The scenes include (with slight edits):

Chris Holmes of W.A.S.P. is interviewed in a swimming pool, beside his mother, while extremely intoxicated. He stumbles through the interview, proclaiming himself “a full-blown alcoholic” and “a piece of crap” while pouring a fifth of vodka both in his mouth and on his head. It was later claimed[by whom?] the bottle of vodka that Holmes poured onto himself was actually water.

Randy “O”, the lead singer of unsigned band Odin, insists the band will become millionaires and more famous than The Doors.

An interview with club owner Bill Gazzarri, who at the time organized a “sexy rock and roll” dance contest, which was presented as being sleazy and sexist, at his club, Gazzarri’s on the Sunset Strip.

Riki Rachtman and Taime Downe, then owners of the Cathouse club in L.A., discuss how girls get entry to the club faster if they dress “sleazy.”

Paul Stanley of Kiss is interviewed in a bed while surrounded from head to toe with girls.

Ozzy Osbourne, while cooking eggs in a kitchen, spills orange juice all over the table, apparently due to uncontrollable shakes. This was later revealed to have been faked. Spheeris also interviews him about sobriety, to which Ozzy replies, “It fucking sucks.”