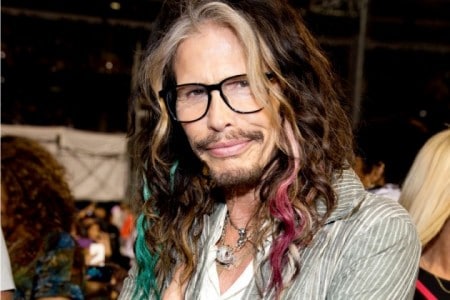 Love Stallion frontman Aaron Hart was recently interviewed by Indie Music Interviews and spoke about the craziest thing that has ever happened to him in his music career.

Hart replied: “I think the craziest thing was meeting Steven Tyler a few blocks from my house! I was going into Denver’s Brown Palace Hotel, and walked right by him, not recognizing him in a hat & glasses. He yelled “Hey! Are you in a band? What band?” I got to hang out with him for a few minutes, thank him for his music, and snap a photo. Awesome dude, total legend, and one of my big inspirations!”

In terms of the biggest challenge facing indie artists today, Hart opined: “I think a big challenge today for everyone, myself included, is distractions. Technology lets us explore and 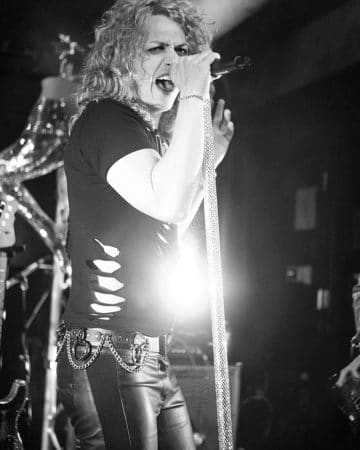 experience the world in a billion ways, with easy travel and internet everywhere. There are too many amazing things to do and choices to make! It makes it hard to commit to one thing, and give enough time, money, and energy to get where you want to go.”

With respect to the song that was the most challenging to write, Hart indicated (with slight edits): “‘High Time’ — This song certainly took the longest to write, and also record. We wrestled with getting the right blend of edgy and melodic. The guitar and vocals both bounce back and forth between the two throughout the song, giving such dynamic energy to the tune. We finished recording, but realized something was missing. One night during the time recording the other tracks, my friend Rachell King published her first recording of an Adele cover. Her voice was beautiful! It reminded me of Merry Clayton in The Rolling Stones‘ “Gimme Shelter”. As I sat listening, it hit me: this song needed to be a duet! I called her immediately and told her my idea. We were quickly back in the studio after one rehearsal, and let it rip. It was supernatural, as the banter & harmonies fell into place as if it was meant to be. It was a special treat to have Rachell perform with us at our album release in June 2018, and she will be joining us on stage with Steel Panther next weekend!”

You can read the rest of the interview with Aaron Hart at Indie Music Interviews. Love Stallion released their full-length album Unforgettable Ride back in June 2018. Love Stallion will be opening for Steel Panther at the Fillmore Auditorium in Denver, Colorado, USA on January 19, 2019.