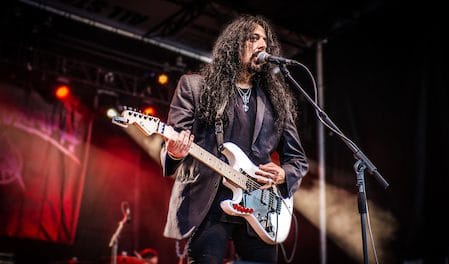 New Autograph lead guitarist Jimi Bell was recently interviewed by Mick Michaels for The Cosmick View and the guitarist provided his thoughts on the state of the music industry and how social media has impacted it. 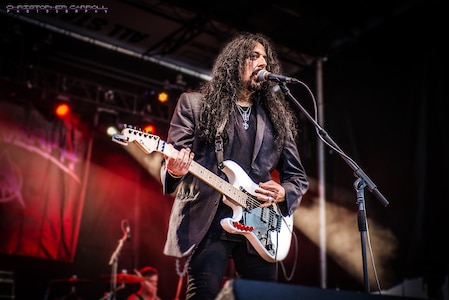 In terms of whether the internet with its free music 24/7 has made releasing albums, let alone music, more difficult these days, Bell opined (with slight edits): “That would be a definite yes, hence…why I am in a cover band as well. For the consumer it has been great, as an artist, not so much. But I have been fortunate enough to have my hand in a variety of projects that still yield “royalties”. My work with WWE, ESPN and my Shredneck invention has helped me be a pay grade above “starving artists” [laughs]. I think with the newer generation, a quick fix and instant gratification goes beyond musical preference and accessibility. People want what they want and as an entertainer, you have to be fluid enough and be ready to deliver. What form that may be in, who knows, but I feel the classics will always be in demand.”

With respect to whether free to low cost software and the ability to distribute your music for free online has detracted from those who are actually making a real go of it, Bell indicated: “I think to a point yes, but only artists that are passionate about what they do will sustain. The music industry that we are in is not for the fickle. You have to work 100 times harder now for the same yield because the competition is that much larger. Time although does help separate the wanna-be’s from true artists. But like I mentioned before, there is so much talent out there!! I think where I see frustration is some of the younger artists that are just starting out do not have the patience and don’t want to “pay their dues” so to speak. Some do feel entitled to be in the “spotlight” instantly and really don’t put a lot of time and effort into something before they want instant recognition. But social media has fueled that ideology as well, so I guess, who can blame them? That is the world we live in today.”