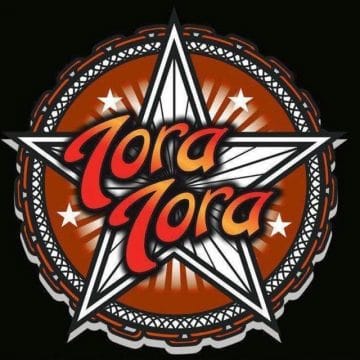 Memphis, Tennessee, USA rockers Tora Tora held a reunion benefit show on August 21, 2016 for their bandmate and bassist Patrick Francis who was sticken with bladder cancer. The reunion show is now available for purchase on Blu-ray.

A Conscious Recording Company has released the following press release in part:

“We all know and love Tora Tora‘s Patrick Francis and continue to support his healing from a triumphant battle with cancer over the last year. On 8/21/16, lots of Memphis Made bands EMN (Every Mothers Nightmare), Roxy Blue, The ShotGunBillys, Zach Myers, FEVERTREE, Amy Jamison, Surrender The Fall & Leslie Williams Caughron & Jeff Caughron all pitched in at Minglewood Hall to help out Patrick. This blu-ray includes the Tora reunion in its entirety. This special night was documented by David Cowell & Nick Hein and will now be released on blu-ray so that we can continue to support Tora‘s low-ender. ALL of the proceeds will go to continue to help Patrick. It will make the perfect holiday gift!

As of now, this special release will be limited and only available on blu-ray.”

The Tora Tora: Patrick Francis Benefit Show Blu-ray can be purchased for $35,00 US plus shipping via A Conscious Recording Company. Of note, the Blu-ray appears to only ship to destinations in the United States of America.

Tora Tora playing “Nowhere To Go But Down” at Patrick Francis Benefit Show on August 21, 2016: