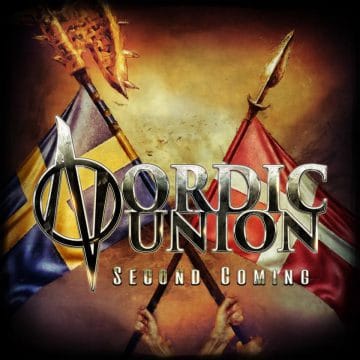 from their upcoming sophomore album Second Coming, which will be released via Frontiers Music Srl on November 9, 2018.

Nordic Union‘s “Walk Me Through The Fire” song:

Nordic Union – “Walk Me Through The Fire” (Official Audio)

Subscribe here for more videos – http://radi.al/SubscribeFrontiers | From the album SECOND COMING. Get your copy NOW: http://radi.al/SecondComing Follow the “Newest From Frontiers” playlist on Spotify to keep up with all the new songs we release each week: http://spoti.fi/1rQz5Zm NORDIC UNION is the successful collaboration, built by Frontiers President Serafino Perugino, between singer Ronnie Atkins of the legendary Danish hard rock institution PRETTY MAIDS and the up-and-coming Swedish songwriter and producer Erik Martensson of ECLIPSE and W.E.T.