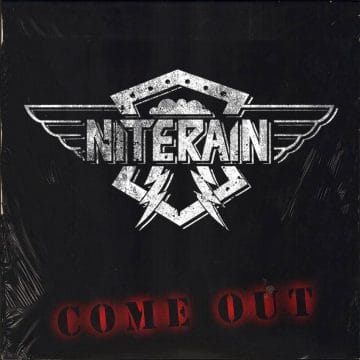 NiteRain have released a new song entitled “Come Out” from their new album Vendetta, which is scheduled for release on November 4, 2016 and available for pre-order.

Sleaze Roxx stated the following in its review of NiteRain‘s debut album Crossfire: “NiteRain is a Norwegian outfit who really nailed it on their debut effort Crossfire. Sounding much more mature than a debut album, Crossfire boasts a polished sound alongside clever lyrics and song structures that demand a place in the current hard rock scene. The album also showcases monster riffs, infectious hooks, and strong melodies delivered with the confidence of an experienced band. NiteRain‘s brand of hard rock certainly has it’s influences — in the form of 80’s hard/melodic rock from the likes of Motley Crue and Van Halen. In fact, during some of the songs I hear a “Kickstart My Heart” vibe, while lead vocalist Sebastian Tvedtnaes‘ tenor growl is within spitting distance of Vince Neil‘s vocal range.”