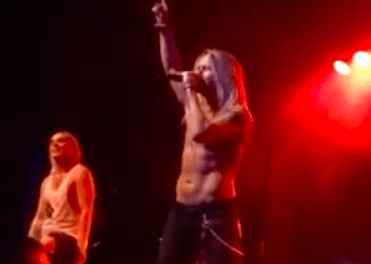 Olli Herman (aka H. Olliver Twisted) reunites with Crashdïet for one song at HRH Sleaze III

History was made at the third edition of HRH Sleaze when former Crashdïet (and current Reckless Love) lead vocalist Olli Herman (also known as H. Olliver Twisted) joined his former band for a rousing rendition of the song “In The Raw” at the O2 Academy in Sheffield, UK yesterday night (on August 31, 2019). 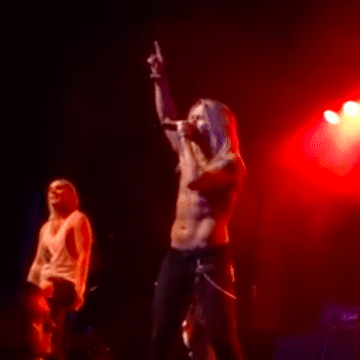 Wikipedia states the following about Herman‘s time in Crashdïet (with slight edits):

On January 22, 2007, the band announced the addition of a new vocalist, H. Olliver Twisted from Finland (also playing in the band Reckless Love). They officially released their entire debut live performance (on the Rest in Sleaze Festival in February) with Olliver via their website as a free download. Later in the year, the band also announced plans for the album The Unattractive Revolution, and a single, “In The Raw”, to be released on September 5, 2007, in Sweden. The album was released on October 3, 2007 and debuted at No. 11 on the Swedish album chart.

In November–December 2007 and February–April 2008, Crashdiet toured as opening act for Hardcore Superstar and on February 23rd, the band announced via their official website that the second single from their new album would be “Falling Rain” On July 13, 2008, it was announced via the band’s official website that H. Olliver Twisted had come to an agreement with the band to go their separate ways. In 2009, the band announced its new lead singer, Simon Cruz, and played its first show with him on the Sweden Rock Cruise in October.