KISS frontman Paul Stanley was recently interviewed by Michael Cavacini and spoke about a number of topics including how many unreleased songs that he might have. 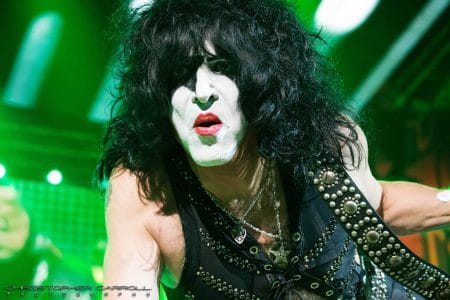 Cavacini pointed out that Gene Simmons is currently traveling the world to hand delivering his mammoth box set, The Vault, to fans. Stanley was asked how many unreleased demos does he have and whether he would ever consider releasing them. Stanley advised: “I might have 20 or so. I’ve always worked very differently. I’ve never written as an exercise. I write with a goal and a purpose. I self-edit. If a song doesn’t sound great or if I’m not excited by it, I don’t finish it. When you hear five or six songs on a KISS album, I wrote six or seven songs. I don’t write 30, 50, 100, 200, anything like that. It seems like a waste of time, if nothing else. I certainly have demos of songs that wound up on albums. I think on our box set, the demo for “Love Gun” was on there; and that’s virtually identical to the KISS version. There’s a different drummer and me playing bass, like I did on the KISS recording. They’re not that much different. The feel is very much the same.”

In terms of the song “Sword And Stone” that was left off of Crazy Nights, Stanley advised: “I can’t tell you. I probably had enough songs on a particular album and, quite honestly, we used to work on quotas, which I won’t do anymore and haven’t done for quite a while. The idea that anybody should have a particular amount of songs on an album, as though it’s a birthright, is ridiculous. At that point, I think we were still dealing with somewhat of a parity. I came to realize we compromised the band and we compromised the fans, when we have an obligatory amount of songs members have to have and how many songs people have to sing. That’s ridiculous. So, why wasn’t it on the album? It was probably the lesser of some songs.”

You can read the rest of the interview with Stanley at Michael Cavacini’s website.