Queensrÿche deny that drummer Scott Rockenfield has quit the band 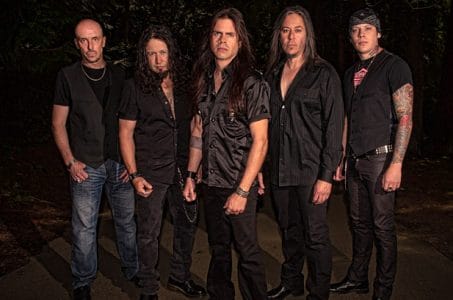 Rumours of drummer Scott Rockenfield having quit Queensrÿche continue to plague the band to such an extent that the group has posted a statement denying that this has happened. Perhaps what has sparked the rumours is that Rockenfeld‘s “temporary” Queensrÿche replacement Casey Grillo recently parted ways with his other band Kamelot earlier this month. Kamelot was brought in as Rockenfield‘s replacement back in late March 2017 when the latter decided to take a paternity leave upon the birth of his son Rockson.

“Ed Bass throwing down the last 2 songs with Chris Zeuss Harris in the studio! We only have vocals and guitar solos to finish, but we’re very happy with the direction of the new album! ?

And for those asking again about Scott and whether he has quit the band – he has not quit the band. He told us he’s taking time off and we have no time frame on when he will return. We thought he would take few months off, obviously he doesn’t want to tour right now. There is nothing more we can say about it and we can’t be more honest about it than that.”