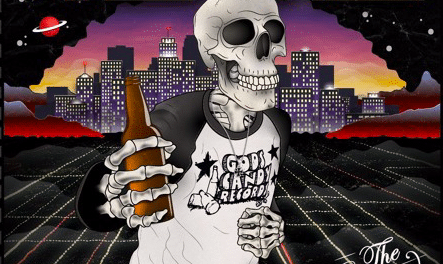 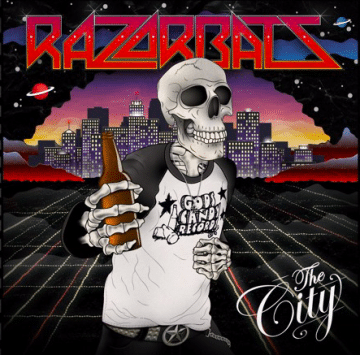 “With their new single “The City”, Norway’s Razorbats return with an über-catchy ode to all rock ’n rollers most trusted companion: The hangover!!!

Razorbats have quickly established themselves as underground heros in the world of hard rock and powerpop. Their strong focus on classic rock riffs and singalong choruses has hit a nerve with rock fans all over the world and provide some hope, in a time where the old stars fade away and synthetic computer-pop rule supreme, that a new golden age of rock ’n roll might be on the doorsteps.

“The City” is a highly potent dose of addictive rock-euphoria, with a riff Van Halen would give Diamond Dave’s left testicle for and a chorus so catchy it would even make the boys in Def Leppard blush. Lyrically the track takes us on an epic odyssey in hungoverness and shame, where the most innocent look from the dude in the kebab-shop might have cataclysmic repercussions and the expression «just because you’re paranoid doesn’t mean they aren’t after you» have never rang more true!

“The City” will be released as a digital single with the b-side “Summer of Head” April 19 and a music video for the song will be out a week later. From April through June the band will tour in support of the release, with a bunch of club gigs and festivals including the Call of the Wild Festival in England with The Wildhearts / The Virginmarys / Hardcore Superstar and Odal Rockfestival with The Dead Boys / Nashville Pussy / Sator.

“The City” is part of a split seven-inch vinyl with the Sick Things from Canada, that will be released in the Nordic countries through Rob Mules Records, in North-America through Gods Candy Records and the UK through Glunk Records.”