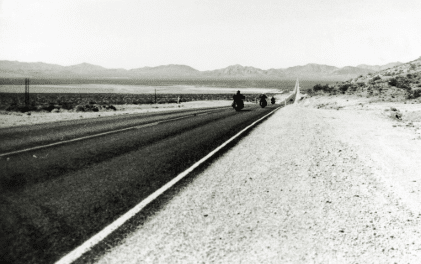 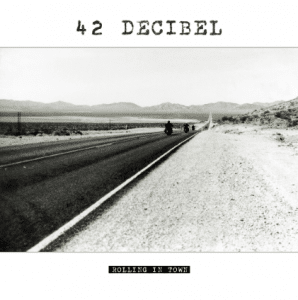 If you closed your eyes and listened to 42 Decibel‘s singer Junior Figueroa, especially on a slower bluesy track like “Short Fused” — you’d be hard pressed not to think that this is a long lost recording from Scott himself! The faster tracks on Rolling In Town are a little bit removed from what you might expect from Scott‘s AC/DC days and I find that 42 Decibel‘s songs are better when they focus on bluesier numbers rather than faster paced stuff such as “Drop Of Booze” where sometimes the guitars just seem a little bit out of tune. There is a real live feel to a lot of the songs on Rolling In Town and apparently many were recorded on a first take.

My favorite tracks are “Short Fused” with its bluesy delivery, “Down The Hatch” with its cool and instantaneously recognizable guitar melody and “Midnight Teaser (Evil Woman)” for which a video was recorded. Sure, there are an awful lot of AC/DC type copycat bands out there but you’ll be hard pressed to find a more authentic old school Bon Scott era AC/DC copycat band than 42 Decibel! If you like Bon Scott era AC/DC and an old school ’70s feel to your rock and roll, 42 Decibel are likely just what you are looking for!