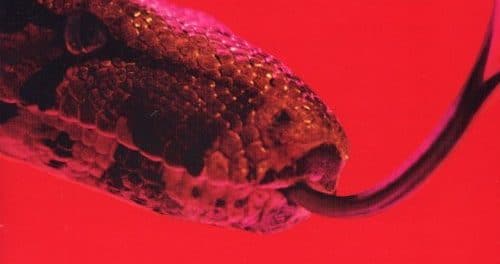 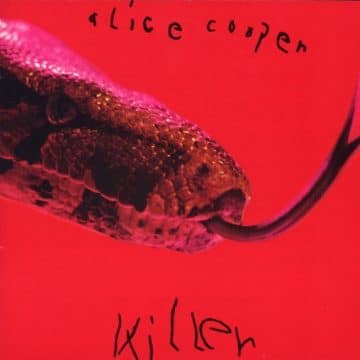 Killer is the record that I have always liked the least out of the four aforementioned ones but it doesn’t mean that it’s not a great album. Rather, this is the record that really introduced us to the tormented disturbed Alice Cooper and at first I did not fully appreciate the slower demented tracks such as “Dead Babies” and “Killer.” Nevertheless, upon listening to Killer on the 45th year anniversary of its release and for the purpose of this review, I can’t help but be astonished at the brilliance of the album on an overall basis. Killer takes the listener on an epic journey with songs that are so different but yet fit so well all together.

There is no question that the best known track from Killer is “Under My Wheels” which will likely continue to be played live by the now 68 year old Alice Cooper as long as he gets up on stage — and judging by the Coop‘s continuously packed concert schedule, there is thankfully no sign of him slowing down. “Under My Wheels” is simply a great song that deserves whatever accolades that it receives. Although “Under My Wheels” is definitely a classic, it is some of the darker and sometimes off pace tracks that I really love from Killer. “Be My Lover” could have fit in well on Love It To Death and is a hard rocker that will have you singing along to easily recognizable and brilliant story telling lyrics such as “She asked me why name was Alice?” Another classic from Alice Cooper and his band.

“Halo Of Flies” is Killer‘s masterpiece. It combines all the elements of the various songs on the album with a seemingly Renaissance flair and clocks in at over eight minutes. It takes you on a wicked and unforgettable journey through many musical styles including some James Bond type music and a drum solo, which really comes alive in a live setting if you ever got the chance to check it out. “Desperado” starts off slowly but quickly builds up to one of the most powerful songs on the album and is surprisingly built around Alice Cooper‘s vocals. The music accompanying the track is more akin to classical music at times than actual hard rock but adds to the song’s charm.

The second half of Killer is not as strong as the first half but still holds his own while further delving in Alice Cooper‘s now demented psyche. “You Drive Me Nervous” is another song that would have fit in well on Love It To Death and is an underrated rocker, which likely did not get its just due to the quality of some of the other tracks on the album. “Yeah, Yeah, Yeah” is simply an anomaly, which is closer to some of the material that Alice Cooper as a solo artist would come up with once the rails, or alcohol and drugs, really started to take their toll on his musical career. It is the weakest song on Killer by far. It is also followed up with one of the best and most captivating Alice Cooper tracks ever — “Dead Babies.”

Talk about creepy. In “Dead Babies”, Alice Cooper dives in feet first into the type of song that seemingly would be the catalyst for many of his darker signature songs. The song goes from slow and moody to strong and powerful in a heartbeat and you can hear The Beatles‘ influence during portions of it. The intro lyrics for “Dead Babies” are particularly memorable and a subject that might not be tackled these days — “Little Betty ate a pound of aspirin / She got them from the shelf upon the wall.” Killer ends off with the title track which is the precursor of what would be the focus on the Alice Cooper band’s next album School’s Out where there are no rules and you can hear just about any instrument at any time. Once again, Killer adorns the creepy vibe and does end off in a rather weird way.

Overall, Killer is simply a brilliant album which still stands up strong 45 years later. The fact that Alice Cooper still plays many of these songs in a live setting speaks volumes as to the quality of the tracks. You simply can’t call yourself a legitimate Alice Cooper fan if you have not heard this masterpiece of an album.

Alice Cooper‘s “Under My Wheels”: