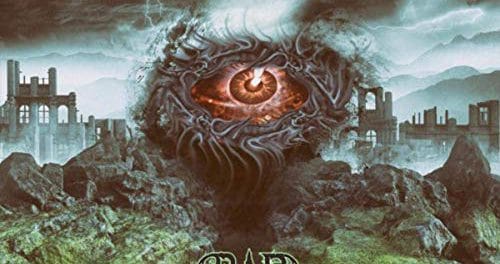 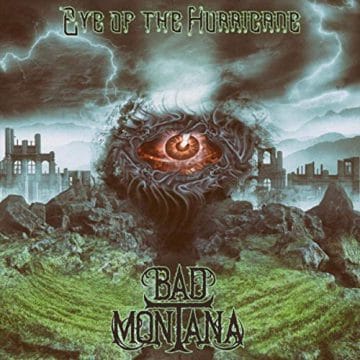 Review:
When it comes to Sleaze Roxx, I find that the month of December is always the most exciting one. There is a race to hear as many of the great albums as a year has produced so that the Sleaze Roxx‘s year end list is as “accurate” or as comprehensive as possible. I usually end up reviewing some of the year’s best albums during that last month of the year because I am focused on which are the best records of the year and I often skip reviewing some of the weaker releases by that point. By the time January rolls along, I go back to that stack of releases that I skipped reviewing knowing that there will be definitely be some weak albums in that bunch.

Admittedly, Bad Montana‘s album Eye of The Hurricane only arrived at the Sleaze Roxx‘s headquarters in early 2020 but it would have easily fallen into the stack of “skippable” 2019 releases if I had it in hand back in 2019. The reason is simple. It’s one of those weaker albums that was released in 2019. Of note, the album starts and finishes with Sean O’Donnell since the CD booklet indicates “This is a solo effort… All songs by Sean O’Donnell.” Presumably, O’Donnell handled everything on the album from the guitars to the drums to the vocals. I gather that O’Donnell is likely first and foremost a guitarist because the guitar riffs to start the songs are actually all pretty good and with some decent potential. However, by the time that most of the instruments kick in and the singing starts on each of the songs, it’s tough to make it through any of the tracks on Eye of The Hurricane. Clearly, O’Donnell is not a singer.

The production and mix really do not help the album. You can barely hear the lead vocals as the guitar seems to the main focus on the recording. That’s probably a good thing since the guitar riffs are pretty good. It just feels like O’Donnell should be taking his guitar riffs to someone else who can develop them into some decent songs instead of what feels like some jam sessions in someone’s garage. The track “Rock N’ Roll” starts in a very Anvil rudimentary fashion with an uninspired slower guitar riff that you would find to start on some of Anvil‘s weaker songs. The opening blues-ish guitar riff on “Walk Away” is quite promising and leads into one of the better songs on the album (which does not say that much) because there’s less going on during the song and more focused on that one riff. The opening track “Eye of A Hurricane” is probably the best song due to its cool opening guitar riff.

Overall, this is just a hard album to get through. The recording quality really leaves much to be desired. There’s some potential with some of the guitar riffs upon which the songs are based but that potential has mainly been left untapped.

Bad Montana performing “Eye of The Hurricane” at the Hong Kong Inn in Ventura, California, USA on October 19, 2019: