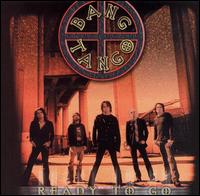 Review by James:
I like Bang Tango, and when I saw they had a new CD out I was quite curious and decided to give it a spin. Boy, I’m glad I did!

Something about this record just seemed very rock ‘n’ roll to me just by the title and the packaging. So when I held it in my hand, I couldn’t wait to rip it open and pop it in. From the first guitar lick I knew I made the right choice. It’s very metal… very cool indeed.

As I said, the opening cut titled “Ready To Go” really kicks off the album in a great way and the energy stays true throughout the record. Track three, titled “It Ain’t Easy” might possibly be the best song on the record as it has the best guitar and musical bridge I’ve heard in years. That solo really makes the song and frankly the song should be played on the radio if there were any justice in rock ‘n’ roll.

“Rainy Day” and “Most Important Thing” are two beautiful songs with “Rainy Day” actually sounding a bit like a heavier version of the late Beatles sound and a sound attributed to Guns N’ Roses as well.

Great musicianship as I complimented in “It Ain’t Easy” are on display here and once again it is criminal that “Rainy Day” isn’t in heavy rotation at every real rock channel in America.

Other great stand-out songs include “The Other Side”, “She Knows Better” and “Save Myself For You”. All of these songs have a different feel with different range by Joe Leste, but a constant high quality rock ‘n’ roll feel that does not apologize for being rock ‘n’ roll complete with solos and attitude.

If you are a Beautiful Creatures fan and loved their debut album and Deuce, you’ll probably also get a kick out of Bang Tango‘s Ready To Go. It’s not as heavy as BC but it certainly does deliver a lot of the same elements that make them great. This album is what all the real rock bands that came from their genre should sound like with new releases… melodic, hard and catchy. There are no futile attempts to be “cool” on this record, it just feels like Leste wanted to do something for himself and for the Bang Tango fans and I am appreciative of it! Pick this and Deuce up together!

Review by Skid:
A couple of questions come to mind with this release. First, is this really a Bang Tango CD? Well according to the name on the cover it is. But more importantly, does this sound like Bang Tango? The honest answer to that is “no”. Gone are the funky bass lines that made the band stand out from their Sunset Strip peers.

But none of that is to say that Ready To Go is a letdown, cause nothing could be further from the truth. Joe LeSte‘s updated version of Bang Tango (essentially the same band that tours as the Beautiful Creatures) is removed from the original sound, but just as effective. But the one constant is LeSte‘s voice, which still stands out as one of the best of the raspy sleaze screamers.

“Ready To Go” already ranks up there as one of my favorite Bang Tango tracks, thanks to Anthony Foxc‘s contagious riffs. One has to wonder why he wasn’t given more lead guitar duties, based solely on the opening track. “Rainy Day” is another classic cut, a slower paced sing-a-long that would have fit nicely on Love After Death. In fact there are several mid-tempo songs on here that work really well, all filled with memorable choruses and musicianship.

The second half of Ready To Go gets mellow, which makes me wonder if that was the reason for releasing this as Bang Tango as opposed to Beautiful Creatures? Half of the album rocks with the same darkness as Love After Death while the other half shows a rarely seen sensitive side, but the vast majority of this album works. Calling this Bang Tango may be a stretch for some die-hards, but when an album is this good who really gives a shit what the band is called.