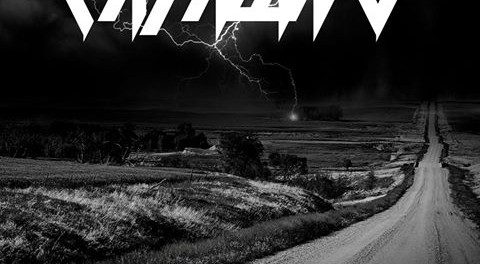 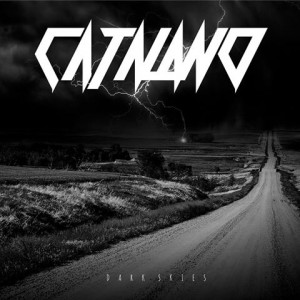 Confidence can be an enormously positive factor for a musician, especially for one that is still up and coming, and young. While many De La Cruz fans may have thought that the band was basically a solo effort of lead axeman Casey Jones with a bunch of hired band members, this was clearly not the case. Once you hear Catalano’s Dark Skies, one can quickly realize who the chief songwriter may have been within the De La Cruz camp. The style and feel of Dark Skies may as well be De La Cruz part 2. In an interview that Sleazeroxx did with Catalano in 2014, the singer stated: “People ask me all the time, ‘How do you get signed?’ and I say the same thing, ‘Good songs!’ Just honestly write good songs — there are so many bands that look incredible but the songs are just nothing. We were lucky, really lucky, but there weren’t any tricks, it was hard work — rock ‘n’ roll is hard work. It may have seemed that it fell in our lap, but as individuals we had been slaving away (and still are) for years — it was merely the sum of its parts.”

Catalano also recruited Australian guitar wizard Stevie Strange for some shredding work on Dark Skies. The sound captures some early Def Leppard as De La Cruz’s Street Level did back in 2013. And that is a very good thing as Dark Skies’ songwriting is based on a formula of tight rock anthems with extra loud bass and guitar, and it works perfectly. Roxxi Catalano’s vocals also certainly have not missed a beat as his tenor rasp shrieks, pouts, wails, and croons, with unbridled charisma.

The songs “Twisted” and “Metal Dreams” are the hardest rocking tracks with a more metal backbeat. Some creative keyboard use greets the beginning of “Stormchild” and “Dangerous Thing.” Some further highlights are tracks “All We Need” and “Fall Awake” for being chock full of tasty and cleverly crafted riffs and choruses. The atmospheric, yet heavy on substance, track “Rxckin’ Barbie Doll” captures a hard rock summer vibe.

Fans of ’80s hard rock will likely enjoy Dark Skies not only for the songs but also for Roxxi Catalano himself. Catalano captures about as much of a decadent ’80s rock star vibe as anyone could muster. Actually scratch the muster, it’s just who and what he naturally seems to be. Dark Skies could be Catalano‘s breakout album and is a great first move for the singer after the rapid implosion of De La Cruz.