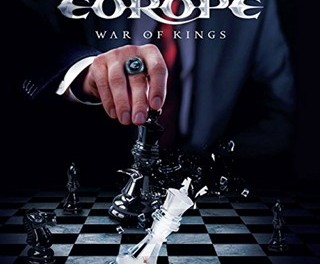 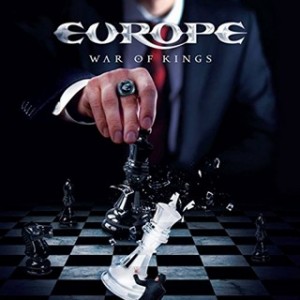 Review:
With the release of Europe‘s tenth studio album, War Of Kings, the band’s career has reached the halfway point between their multi-platinum and hook-laden beginnings (in particular The Final Countdown and Out Of This World) and the blues-filled classic rock sound found on the five releases since their comeback more than a decade ago.

Although the last five records have seen the Swedish rockers reinvent themselves with more mature sounding classic rock, it did not dawn on me how much I preferred the Europe of old (the band that came up with big hits such as “Superstitious”, “Rock The Night” and of course “The Final Countdown”) until I participated in a short survey asking fans to pick the eight songs they would want to hear at the band’s upcoming M3 Rock Festival appearance. Only one, “Devil Sings The Blues”, out of the eight songs I chose came from the band’s most recent albums, hammering home the fact that even though I enjoy Europe‘s reunion releases, something is definitely missing from each one.

So what is missing on War Of Kings? Once again, Europe have released a solid slab of blues drenched rock punctuated with Jon Lord influenced keyboards and what I would consider to be a fat sounding guitar sound, but something is clearly missing… really good songs. Most of the compositions on War Of Kings are well constructed and “solid”, but the majority don’t really stand out nor have any sort of catchiness to make them really memorable.

The best tracks on War Of Kings are the faster paced “Hole In My Pocket”, the groovy “Days Of Rock ‘N’ Roll” and the more upbeat “Light It Up” — the rest are well played but fall mostly on the boring and ho-hum side with what appears to be Joey Tempest holding himself back while singing several of them. A song like “Children Of The Mind” had the potential to be a lot better with its pounding and heavy rhythm section but somehow misses the mark with too many “experimental” guitar sounds and often boring slowed down verses. The boring theme continues with the ballad “Angels (With Broken Hearts)” and the originally promising but then disappointing “Praise You”. War Of Kings finishes with the slow instrumental “Vasastan”, and honestly the second time through the record I just shut it off once it came on as the word “boring” was once again in my thoughts.

Are the members of Europe better musicians than when they released their first five albums? Probably. Is War Of Kings better than any of Europe‘s pre-breakup albums (including Prisoners Of Paradise, which is quite low on my totem pole)? Absolutely not. On War Of Kings, Europe should have delivered more guitar based and upbeat songs, rather than the mostly dull and slowed down organ dominated sounds that they came up with.