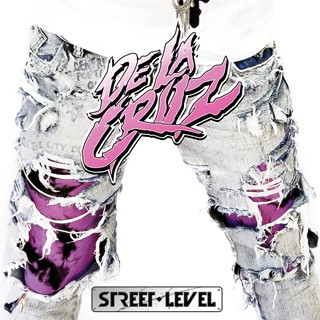 Review:
De La Cruz hails from the Gold Coast of Australia, and since their first EP release in late 2011 have been a no-holds barred self-admitted throwback to the ’80s. This very young band already has the hunger and song writing know-how to get the job done and compete with anything released from that decade. While many will say De La Cruz sound dangerously close to early Def Leppard, it goes far beyond that in my opinion. The Leppard-esque back-up gang vocals complement Roxxi Catalano‘s tenor lead vocals over some early Pete Willis era styled riffs but that’s where the similarities end.

The songs on Street Level are arranged quite well and sound far more experienced than what you would expect from a band this young — and for a sophomore effort. There are many party-hard straight ahead rockers like “S.E.X.”, “Street Level”, “Girls Go Wild”, along with some mid-tempo songs and the obligatory ’80s ballad. Most notably is the absolutely stunning guitar work of lead axeman Casey Jones. His signature is all over this album and the sounds he creates turns heads (and ears) so much that it’s impossible to ignore his monster riffs and versatility. Much like a Vinnie Vincent, there are lighting fast intricate solos, followed by more solos and then more after that. After the main intro riff on “Girls Go Wild” Jones flies in with a solo and this is of course on top of the mid song solo. “Legions Of Love” follows a similar formula with a solo after the riff, and of course the last third of the title track is — you guessed it, chock full of ear splintering solo work. You would think that this album is an exercise in Jones‘ self-indulgence but the song quality is there 100%.

The sound quality of Street Level is very pristine and clean, being produced by — well… again, Casey Jones. He could easily be rock’s next guitar God, and as most of us following the music industry will know there haven’t been very many worthy of that category in the last 20 years.

Where I see De La Cruz having challenges lies in the future. While the band does report that all members contribute to the song writing process it appears to be lead guitarist Casey Jones and vocalist Roxxi Catalano who create the lion share of the writing and song structure. Jones however already left De La Cruz on or around the release date of Street Level and one must ponder whether the remaining members can find a suitable replacement that is capable of keeping up with his guitar work and writing ability to create a proper follow-up. What would Van Halen II or Led Zeppelin II have sounded like without Eddie Van Halen or Jimmy Page?

With such a stellar debut, and now down a main songwriter, guitar wizard and producer in Casey Jones, it will be interesting to see the path De La Cruz takes on their next release. Catalano however has promised that the De La Cruz sound is non-negotiable going forward.

Reviewed by Mark Hovarth for Sleaze Roxx, May 2013