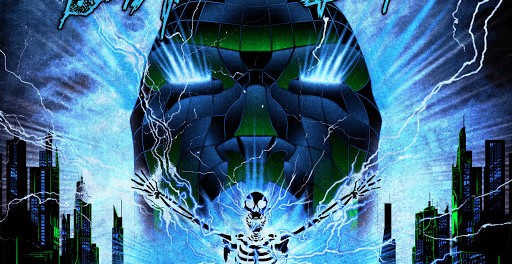 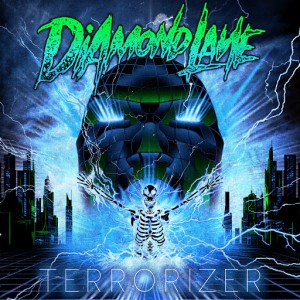 Review:
Upon my first view of the cover of the latest release from Los Angeles based group Diamond Lane, I was thinking “Okay. Speed metal? Thrash metal maybe?” Well, I was wrong on both counts. Diamond Lane are a conglomeration of some different well-known bands but it all comes down to good old classic hard rock.

When listening to Terrorizer, you get a bit of Skid Row with the sound and more so with the vocals of Brandon Baumann — hmmmm, Skid Row are in need of a new vocalist. right? — you get touches of early Terry Glaze era Pantera, and also a bit of early Def Leppard with the dual guitar attack of Jarret Reis and Ian McLaren. It’s interesting that them being from LA, it brings to mind a band that I was a huge fan of during the early ’90s Hollywood days, called Cutthroat, who were a great band that to me was sadly underrated. Diamond Lane remind me of them very much. So that’s a good thing and makes me happy.

So with these elements melding all together, you are in for a raucous good time and with plenty of sing-along choruses and air guitar leads. I should mention that it’s good to hear some soloing and dual guitar leads happening, especially on the song  “Life To Lose.” The bass is also fairly decent in the mix and you can hear Ray Zhang creating a good back groove. Listen to that self-same groove on “Hopeless Romantic” and get some Pantera-isms with the drums and double bass beat and plenty of guitar leads. This song is probably the most interesting with its different moods and dynamics and makes for a great song. They do end the album with a ballad of sorts — “Drift” — but it’s not overly sappy or too sugar coated and it has a good build up within the song too.

I think Diamond Lane offer plenty of bang for the buck with the songs and general good loud rock and also they bring a dose of energy to LA scene. In addition, I think they would be great to see live if the energy from the albums translates to the stage.

Reviewed by Will “Bones” Lee for Sleaze Roxx, February 2016